Syariah police force to roam the street of Selangor soon 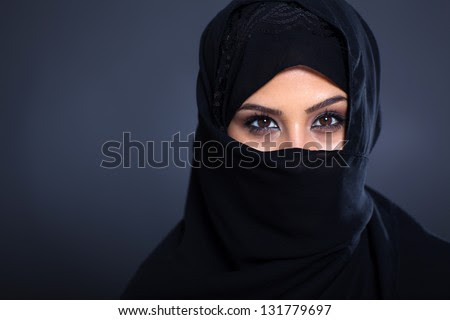 Malaysian women and girls will soon have to dress like this under UMNO Government not PAS.  MCA can suck Soil Lick's cock after this while  Selangorian can do the same for Sultan of Selangor.  While the men clap and cheer for such beginning.

Jakim to have syariah police unit

How people in Muslim countries prefer women to dress in public

UPDATE: Read our Q&A with the author of the Univ. of Michigan study for more information on survey methods and to see how responses differed by gender, age, education and religion.
An important issue in the Muslim world is how women should dress in public. A recent survey from the University of Michigan’s Institute for Social Research conducted in seven Muslim-majority countries (Tunisia, Egypt, Iraq, Lebanon, Pakistan, Saudi Arabia and Turkey), finds that most people prefer that a woman completely cover her hair, but not necessarily her face. Only in Turkey and Lebanon do more than one-in-four think it is appropriate for a woman to not cover her head at all in public.
The survey treated the question of women’s dress as a visual preference. Each respondent was given a card depicting six styles of women’s headdress and asked to choose the woman most appropriately outfitted for a public place. Although no labels were included on the card, the styles ranged from a fully-hooded burqa (woman #1) and niqab (#2) to the less conservative hijab (women #4 and #5). There was also the option of a woman wearing no head covering of any type.
Overall, most respondents say woman #4, whose hair and ears are completely covered by a white hijab, is the most appropriately dressed for public. This includes 57% in Tunisia, 52% in Egypt, 46% in Turkey and 44% in Iraq. In Iraq and Egypt, woman #3, whose hair and ears are covered by a more conservative black hijab, is the second most popular choice.
In Pakistan, there is an even split (31% vs. 32%) between woman #3 and woman #2, who is wearing a niqab that exposes only her eyes, while nearly a quarter (24%) choose woman #4. In Saudi Arabia, a 63%-majority prefer woman #2, while an additional 11% say that the burqa worn by woman #1 is the most appropriate style of public dress for women.
In several countries, substantial minorities say it is acceptable for a woman to not cover her hair in public. Roughly a third (32%) of Turks take this view, as do 15% of Tunisians. Nearly half (49%) in Lebanon also agree that it is acceptable for a woman to appear in public without a head covering, although this may partly reflect the fact that the sample in Lebanon was 27% Christian. Demographic information, including results by gender, were not included in the public release of this survey.

Even as publics in many of the surveyed countries express a clear preference for women to dress conservatively, many also say women should be able to decide for themselves what to wear. This attitude is most prevalent in Tunisia (56%), Turkey (52%) and Lebanon (49%) – all countries where substantial percentages are open to women not covering their heads in public. But nearly as many in Saudi Arabia (47%) also say a women should be free to choose how she dresses. Smaller, but sizable percentages agree in Iraq (27%), Pakistan (22%) and Egypt (14%). What the survey leaves unanswered is whether respondents think social or cultural norms will guide women in their choice to wear more conservative or less conservative attire in public.
at January 25, 2014