Kedah to have 36 eco-schools soon 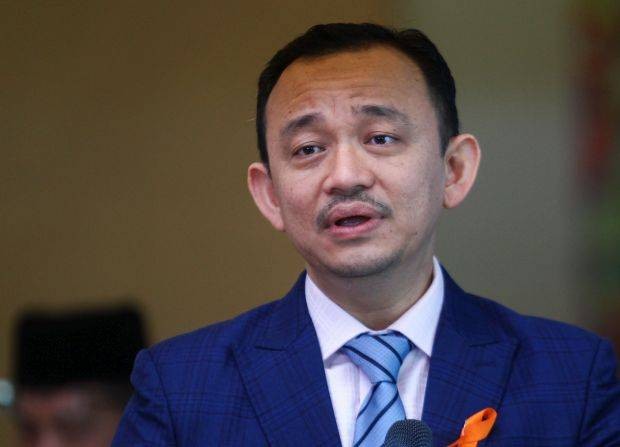 Reports by MARTIN CARVALHO, HEMANANTHANI SIVANANDAM, RAHIMY RAHIM and TARRENCE TAN
KUALA LUMPUR: Between RM800mil and RM1.67bil will be spent to provide free breakfasts to some 2.7 million primary school students nationwide next year, says Education Minister Dr Maszlee Malik (pic).
“Seven schools in four states are participating in a pilot project between September and November involving between 47 and 2,380 students.
“The pilot project involves urban, rural and Orang Asli schools which will be used as guidance for the Free Breakfast Programme to be implemented in primary schools throughout the country in January next year, ” he told by Sabri Azit (PAS-Jerai) in Dewan Rakyat on Wednesday (Oct 9).
He said two modules will be used for the programme which involves two different sets of menus.
He said the first module would require 30 minutes with a menu of a combination of cooked food and fruits.
“The second module would require 10 minutes and involves a menu of a combination of diary or healthy beverages and ‘ready to eat’ or ‘on the go’ snacks such as bread, cereals, biscuits, cakes and boiled eggs, ” he added.
Besides providing nutritious and healthy breakfasts to students, Dr Maszlee said that the programme will also provide the opportunity for teachers and students to bond when having breakfast together.
“Teachers will be able teach their students on healthy eating, being civic and table manners, ” he said, adding that students will be made to wash their own utensils.
“It is also good news for the teachers involved in the programme as they too will be provided with free breakfast, ” he said.
He added that a standard operating procedure will be implemented to avoid incidences of food poisoning.
He said that his ministry is working closely with five ministries and agencies including non-governmental organisations to implement the programme.
Earlier, Dr Maszlee said that some 70% of students skipped breakfast while the World Bank’s Report on Realising Human Potential noted that incidences of stunted growth in Malaysia was high.
The minister had announced the free breakfast programme in August aimed at ensuring that primary school students were provided with a healthy meal to start their day.
***********************************************************************************************
BOTH ARE FROM BERSATU.
BOTH ARE MALAY/MUSLIM.
BOTH HAVE NO FORESIGHT.
BOTH ARE SUPPOSED TO BE EDUCATED.
BOTH ARE INFLUENCE BY EASY INCOME.
BOTH WILL FOLLOW THE SAME PATH AS MAHATHIR SOON.

WHEN ONE COPIES ONE MUST KNOW THE PROS AND CONS.
WHEN THE PEOPLE INVOLVE ARE THERE TO MAKE MONEY, THE INNOCENT CHILDREN ARE USED AS BAITS.
WHEN THE PEOPLE IMPLEMENTING THE SCHEME IS NOT TRAINED OR HAS THE PASSION, MONEY AND TIME ARE WASTED AND CONFUSION STEPS IN.

IT IS BEST TO TAKE A SMALL STEP IN ANY PILOT PROJECT BUT WHEN 40% IS INVOLVE, EVERYTHING MUST BE QUICK AND FAST.

MANY IN BERSATU HAS THE UMNO MENTALITY OF DEMANDING FOR BIG COMMISSION AND NOT CARING WHETHER IT WORKS OR NOT.

LIKE MOST MALAYSIANS WE CANNOT ACCEPT HOW UNCARING OUR PRIME MINISTER IS BY CHOOSING HIS OWN STUPID SON TO BE THE MENTERI BESAR OF KEDAH AND A DONKEY AS MINISTER OF EDUCATION.