So now under Pakatan Harapan, PLUS would have already collected about RM8.0 Billion in tolls. WHERE IS ALL THIS MONEY GOING TO NOW? TUN DR MAHATHIR, AZMIN AND LIM GUAN ENG PLEASE ANSWER.

Here is a letter (I believe it has been viralled via WhatsApp) that has been written by Halim Saad to the CEO of PLUS.  My comments are in blue.

My reply to the statements made by Datuk Azman Ismail of PLUS
I have the following statements to make:

1.  My first question:
How is it possible for the concession that was awarded at a total tender price of RM3.4 billion in 1998 and was supposed to end in 2018, still has a debt of RM30.2 billion in 2019. Datuk Azman of PLUS did not clarify this.

(OSTB :  We need a detailed explanation, including PLUS' acquisition of any other toll roads like the Penang Bridges, some of the smaller toll companies etc. How did it balloon from RM3.4 Billion to RM30.2 Billion?)

My second question:
How is it possible for PLUS to repay only RM700 million out of RM30.2 billion of total debts for the year between 2012 to 2018, when the toll collection totalled RM24.5 billions or more.

This question was not answered, and this leads to another question, where did the money go? I do not see any increase or acquisition of new assets, or reduction in liabilities.

(OSTB : May I add a banker's question. If they only repaid RM700 million over SIX years or about RM117 million a year - was that according to the original loan repayment schedule?

Or was there a potential default, which was 'cured' by the banks rescheduling the loan each time they were going to miss a payment? If so why did the banks do that?

So now under Pakatan Harapan PLUS would have already collected about RM8.0 Billion in tolls. WHERE IS ALL THIS MONEY GOING TO NOW?

It is a mind-boggling question where did the money go to.

(OSTB : I say brader Halim Saad, I think you already know the fact that PLUS has been exempted from paying taxes for some time.  Your Boss certainly knows this because we discussed this issue before. Jangan lah buat tak tahu.

And how come you conveniently ignore the period from 2018 to 2019?
Lets call it the Pakatan Harapan period.
Almost TWO years have gone by since PH took over.)

In addition, the government of Malaysia has outstanding guarantee of RM11.Obn for a loan that will expire in the last year of the concession operation in 2038.  Should the money be used to at least reduce the government exposure.

(OSTB :  NO.  The money should first be used to settle some of that RM30.2 billion debt. That is rule No. 1 - settle your debts to the banks first. But now under Pakatan Harapan, PLUS would have collected another RM8.0 billion in tolls. And saved another RM900 million in tax payments. So under Pakatan Harapan the PLUS highway company should repay a chunk of their debts and REDUCE the bloody toll rates. PLUS is 51% owned by the Government of Malaysia !! What is wrong with you people?)

3. In response to issue of RM16.5 billion debts that was taken during Khazanah takeover of UEM/Renong, I wish to explain as per the following:

(OSTB : To be fair then that was not the fault of PLUS. You should ask this question to Khazanah Nasional Bhd. That was Khazanah Nasional (that moron Azman) style Mak Nenek business model. It looks like after taking over PLUS, Khazanah leveraged on PLUS' solid cashflows (RM4 BILLION toll collection per year) as security to borrow even more money for their other investments. Itu Khazanah punya fault.)

The RAM Report (Rating Agency Consultancy Services) dated May 2001, has stated that the value of the assets exceeded the liabilities by RM3920 million. Please refer to the enclosed adjusted report by RAM.


4.  I do not want to comment on PLUS business but I wish to point that opex at RM1.33m per kilometre per year is high. 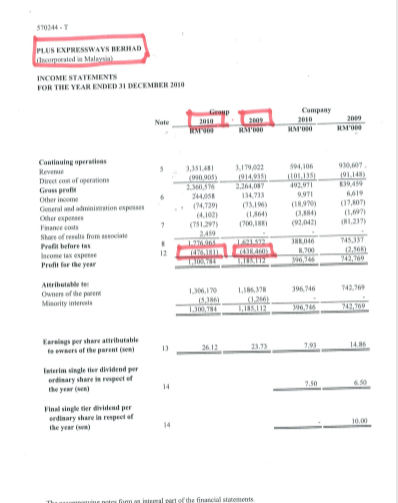 CONCLUSION:  DONT FORGET TO READ MY GREAT BIG CONCLUSION AFTER THIS.

The cost of the PLUS highway was about RM5 BILLION SAHAJA (lebih kurang).

WHERE DID ALL THAT MONEY GO?

Tuan-tuan, it is obvious that you have been made fools.
Tuan-tuan memang sudah diperbodohkan oleh orang kaya-kaya dan golongan elit.

I just heard that THREE OF THESE interested parties that are "bidding" to take over PLUS Highway  pray to the same 'god'.  HA HA HA.

THEY PRAY TO THE SAME 'god'.