By AFP
PUBLISHED: 06:37 GMT, 24 February 2015 | UPDATED: 06:37 GMT, 24 February 2015
353shares
The wife of Malaysia's prime minister, who is widely mocked over reports of her taste for luxury, drew fresh scorn on Tuesday after she complained about the rising cost of house calls from hairdressers and tailors.
Rosmah Mansor, 63, is a controversial figure in Malaysia, where she is routinely portrayed by critics as out of touch with ordinary citizens struggling to make ends meet.
The wife of Prime Minister Najib Razak handed her critics new fuel with comments on Monday lamenting the 1,200 ringgit ($330) she has to spend on house calls by stylists to dye her substantial head of hair, and 500 ringgit for tailored dresses. 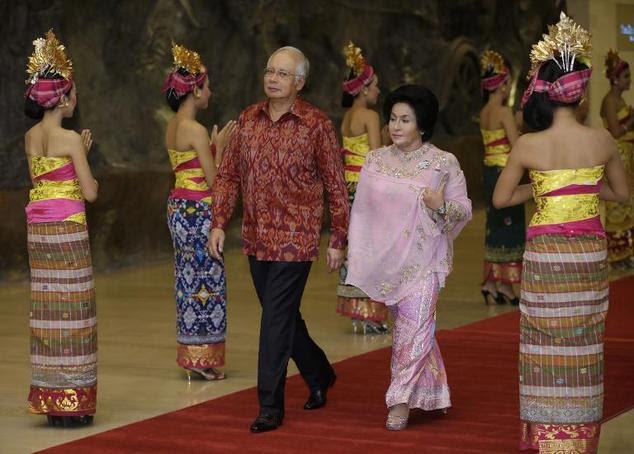 +2
Malaysian Prime Minister Najib Razak (C-L) arrives with his wife Rosmah Mansor for an official dinner in Nusa Dua, on Indonesia's island of Bali, in October 2013 ©Dita Alangkara (Pool/AFP/File)
"We have to make beautiful clothes to attend functions, but the prices are way too high. For those who can afford, it's all right. But what about housewives like us, with no income?" she was quoted as saying by the Malaysian Insider news portal.
Malaysia's minimum wage is 900 ringgit per month, though critics say it is seldom enforced.
Rosmah made the comments at a public event to discuss the introduction of a new consumer tax in April.
"Is this woman for real? Some families have to live on what she pays to have her hair dyed," said one Facebook user, among a flood of social media postings poking fun at her on Tuesday.
Said a post on Twitter: "I hope to become a poor housewife of a civil servant just like you Rosmah."
Since her husband took office in 2009, Rosmah has faced periodic criticism over reports of luxury overseas shopping sprees.
The New York Times ran a report earlier this month detailing purchases of high-end US real estate by people close to Najib, and said it also had obtained documents showing millions of dollars in jewellery purchases for Rosmah.
In a statement to AFP after the New York Times report, the prime minister's office said "We prefer not to comment on unsourced speculation concerning the private finances and spending of the prime minister and his family."
Malaysian police on February 14 seized a shipment of books lampooning Najib and Rosmah by one of the country's best-known political cartoonists.
Last year an opposition lawmaker was charged with sedition for producing a satirical video that included a character widely viewed as representing Rosmah. 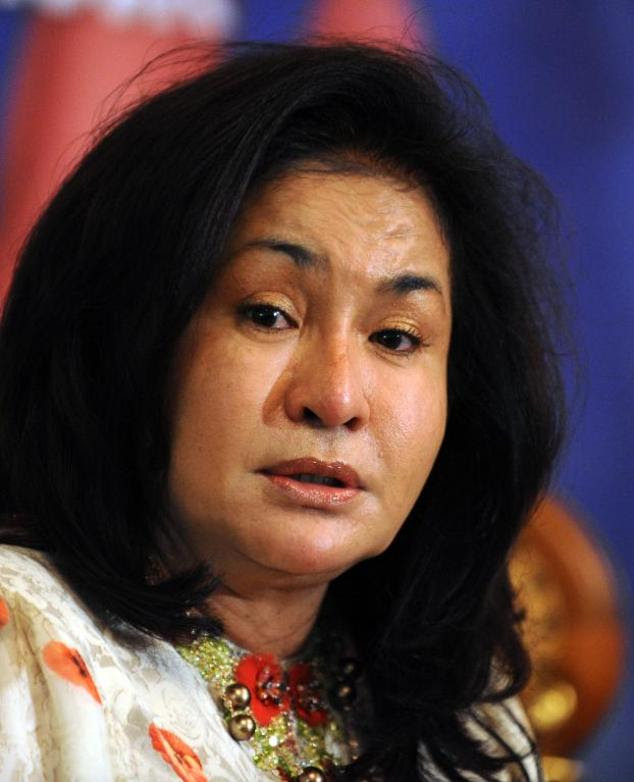 What Mama wants she will get it by hook or by crook...!