Unhygienic and disrespect to other religions

Slaughtering animals in school is unconstitutional
In Malaysia the sekolah bebangsaan are the national schools where multi-racial children studying and we should respect all races and religions to have a better Malaysia. From Merdeka Day till a few years it was like that but recently the respect for other races and religious sentiments has degraded.When the non-Muslim school teachers, staff and children respect the Muslims, we expect the same respect given back to non-Muslims. In Tuesday’s case I found many schools slaughtered cows in their compounds. There are rules for things which can be done in the school and things which cannot be done.Every school activity should be aligned with the education system and co-curriculum aspect, but slaughtering cow in the school compound is not in the system or related with education. I would like to urge the parliamentarians to debate about this. It is a serious issue which doesn’t align with education. The Education Ministry needs to take stern action against the schools which slaughter cows.I have called Sek Keb Puchong Jaya to ask for the explanation about the incident, The headmaster of the school didn’t have any black-and-white approval from Education Ministry. The relevant ministry and district council should take action about this. It is not proper to have double standards in this multi-racial country. Slaughtering animals in school is not hygienic. It is also not good for young kids to see the animals suffering. As an animal lover, all sort of killing should be done in slaughterhouses or in private places, not in the public. As for Indians, a cow is considered as one of the seven mothers on the earth. The schools, Education and Health ministries should understand that it is improper to do this in a school where other races are studying. The way things are going is extremely scary and unconstitutional.
*************************************** 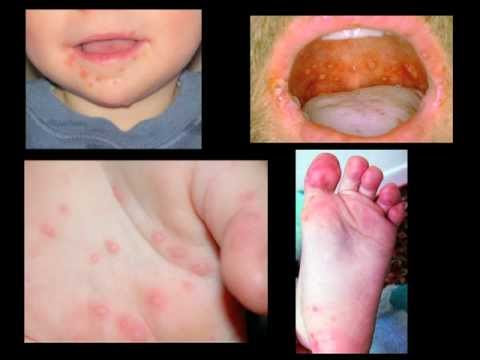 FMD is an acute infectious disease which spreads very quickly if not controlled. It causes fever, followed by the development of blisters, chiefly in the mouth and feet of cloven-footed animals, such as cattle, sheep, pigs and deer.
The disease is caused by a virus of which there are seven ‘types’, each producing the same symptoms, and distinguishable only in the laboratory. The interval between exposure to infection and the appearance of symptoms varies between twenty-four hours and ten days, or even longer. The average time, under natural conditions, is three to six days.
The virus is present in great quantity in the fluid from the blisters, and it can also occur in saliva, milk and dung. Contamination of any objects with any of these discharges is a danger to other stock. At the height of the disease, virus is present in the blood. Infected animals begin by excreting the virus a few days before signs of the disease develop.
Airborne spread of the disease can take place and under favourable weather conditions the disease may be spread considerable distances by this route. For example, circumstantial evidence strongly suggests that the outbreak on the Isle of Wight in 1981 resulted from the airborne spread of the virus from Brittany in northern France.
Animals pick up the virus either by direct contact with an infected animal or by contact with foodstuffs or other things which have been contaminated by such an animal, or by eating or coming into contact with some part of an infected carcase. In the past, outbreaks of the disease have been linked with the importation of infected meat and meat products.
The disease is spread mechanically by the movement of animals, people, vehicles and other things which have been contaminated by the virus. Trucks, lorries, market places, and loading ramps – in or over which infected animals have travelled – are dangerous until disinfected. Roads may also become contaminated and virus may be picked up and carried on the wheels of passing vehicles.
The boots, clothing and hands of a stockman who has attended diseased animals can spread the disease. 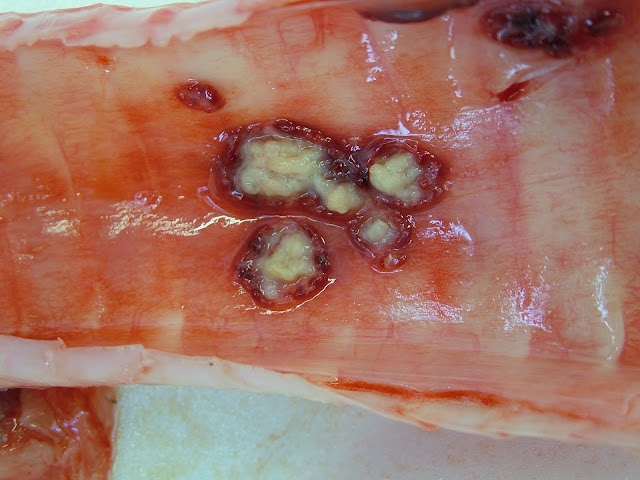 Bovine tuberculosis (TB) is a chronic disease of animals caused by a bacteria called
Mycobacterium bovis, (M.bovis) which is closely related to the bacteria that cause human
and avian tuberculosis. This disease can affect practically all mammals, causing a general
state of illness, coughing and eventual death.
The name Tuberculosis comes from the nodules, called‘tubercles’, which form in the
lymph nodes of affected animals.
Until the 1920s when control measures began in developed countries, it was one of the
major diseases of domestic animals throughout the world. Today TB remains an important
disease of cattle, wild animals, and is a signiﬁ cant zoonosis (a disease of animals which
can also infect humans).
TB is a disease listed in the World Organisation for Animal Health (OIE) Terrestrial Animal
Health Code, and must be reported to the OIE as detailed in the OIE Terrestrial Animal
Health Code.
*********************************
Cattle are considered sacred in various world religions, such as Hinduism, Jainism,Zoroastrianism and others. Earlier religions in Ancient Egypt, Ancient Greece, Ancient Israel and Ancient Rome also held similar beliefs.
at October 21, 2013