Rebirth of UMNO in the New Era

I am not going to wish anyone today even though it is impolite since it is Chinese New Year.

Malaysia is screwed as far as I am concern to celebrate any festival.  Politicians are sodomizing each other for power and money.  No politician works for the country.

Feng Shui masters have predicted NEW ERA for the next ten years.  Me think the ripening of the New Era is just before the 14th GE. This definitely brings a smile to Mahathir Kutty's face and fate.
Sometimes I think Allah loves Mahathir more than the citizen of Malaysia.

Daim mentioned that PKR might not be around for the 14th GE.  Mahathir said a non-Malay can be Prime Minister.  Nurul claimed that Anwar was offered the DPM post.  Rafizi comes out with a better version DPM seat with 4 Ministership. Me honestly think Nurul and Rafizi are sucking chicken cock.

Anwar plots and plots till Kingdom come to be the ONE but time and again FATE said NO.
Maybe Allah thinks Anwar has not learnt his lesson.  I truly support that reasoning.

For the past 7 years Najis has truly make us believe that he will be the last UMNO leader to lead this nation, making the prediction R.A.H.M.A.N come to an incredible end.

With the loan of RM2 billion to save 1MDB, Najis has agreed in writing to retire for good before the 14th GE. This seals the end of UMNO.

There will no longer be UMNO Baru thanks to Najis and Anwar.  Why Anwar you may ask.  Very simply put, what Anwar has achieved is to put everything in a basket as a last gift to Mahathir's last dream and ambition with a New Era M.A.H.A.T.H.I.R.

Yes the New Era is from the alphabet that spells Mahathir who people either hate or love the most in Malaysia.

Anwar has planned for the demolition of PAS with over RM20 million to PASMA.

Anwar has planned for the takeover of UMNO with over RM100 million to students and NGOs and RM1 billion to buy UMNO members.

But what Anwar failed to note is that PKR IS NOT A REGISTERED PARTY.

Najis has screwed the country big time by siphoning assets and money to his darling accounts.

Najis has screwed himself thinking that this country belongs to his grandfather.

Many people are hoping that the Coward Prince can stop the bridge from being burnt.

Many people are screwing the IGP, the man with the tail (Patail) and Shafee the womanizer with what they think is injustice to the opposition.  This has been going on since 1957 but only now people realizes it.

While many people are screwing Mahathir for being the father of corruption.  It is not surprising that the very same people are putting all their eggs into Mahathir's basket. Thank you, thank you for being idiots.

Mahathir had a dream when the myth about the RAHMAN legacy became a reality.  He too wanted his name to make history.

There are no capable leaders inside UMNO Baru at this point of time.  But to change the sick party from within is difficult so a drastic action got to take place.

Thanks to Anwar love for crisis we will see the fight within PAS after the by-election.  PAS will be destroyed to a mince meat.  While PASMA will join forces with the Malays inside PKR which I must stress again and again is not a registered party. So do you see what is going to happen to PKR?

But will PASMA be on Anwar side or Azmin side?  The answer lies in GREED FOR MONEY AND PROJECTS.

Azmin will not be chosen as the Opposition Leader neither will he be offer to lead PKR.  Kak Wan and Anwar will see to that.

Mahathir wants Mukhriz to be the next person to take over from Najis.  But Mukriz has similar weakness and trend as Najis. Incapable, foolish, useless etc...........and almost no support from UMNO party within.

So the best solution would be to put Mukriz and Azmin together as one to lead the rebirth of UMNO or rather UMNO 2.  If you all had read or watch "House of Cards" then you will understand how Azmin has played his cards.  One should also not forget the relationship between Mahathir and Azmin. 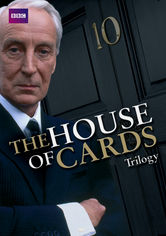 THE NEW ERA IS UPON US WHETHER WE LIKE IT OR NOT. SO GOD HELP US.