Malaysian version of Tom and Jerry 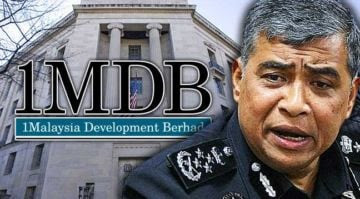 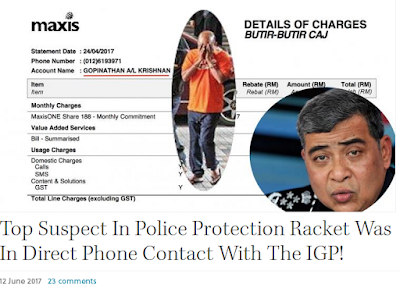 Vanesha Shurentheran
| June 17, 2017
MACC chief commissioner says it has been decided in government that investigations will be left to the police. 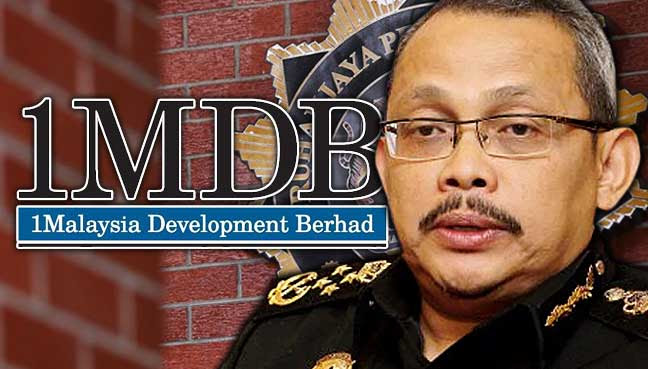 KUALA LUMPUR: The Malaysian Anti-Corruption Commission (MACC) will not investigate 1Malaysia Development Bhd (1MDB) over allegations of financial improprieties as it does not want to overlap with investigations already started by the police.
Its chief commissioner Dzulkifli Ahmad said today that it had been decided among relevant government agencies that investigations on the  sovereign wealth fund would be done solely by the police.
He said the people needed to be patient while the police performed their work in the matter.
Although he did not name the agencies, it is believed he was referring to the attorney-general’s chambers (AGC), as well as the MACC and the police.
He was speaking to reporters after the launch of the “MACC Friends” programme here.
Dzulkifli added that the US Department of Justice (DoJ), which has initiated two lawsuits seeking to seize assets allegedly purchased with funds linked to 1MDB, had not sought any information or assistance from the MACC for the latest suit filed on Thursday.
“They did not do it (request information) for this civil suit and they did not for the previous one as well,” he said.
He added that the DoJ had also not contacted the Malaysian police or the AGC even after the latter had previously expressed dissatisfaction over lack of communication on the case.
In its court filing in California on June 5, the DoJ sought to seize US$540 million (RM2.3 billion) in assets, including art works, jewellery, a luxury yacht and film rights purchased with funds allegedly embezzled from 1MDB.
The assets named in the applications included the film rights to the two comedies “Dumb and Dumber To” starring Jim Carrey and “Daddy’s Home” featuring Will Ferrell.
The action follows last July’s civil forfeiture suit by the DoJ which sought to recover all the assets including but not limited to the Park Lane Hotel in New York, a luxury hotel in Beverly Hills, condominiums in New York, a private jet and expensive works of art, as well as finances related to Martin Scorsese’s movie “The Wolf of Wall Street” starring Leonardo DiCaprio.
Yesterday, Attorney-General Mohamed Apandi Ali dismissed the latest suit, describing it as a repeat of last year’s case in which Washington sought to confiscate more than US$1 billion (RM4.28 billion) in connection with the company.
In a statement, he said neither Malaysian nor international authorities investigating 1MDB had furnished any evidence of misappropriated funds.
“1MDB… has been the subject of multiple investigations within Malaysia, including by the Malaysian Anti-Corruption Commission, auditor-general and bi-partisan Public Accounts Committee (PAC). After a review, we found that no crime was committed,” he said, adding that Malaysian police investigations were still ongoing.
He added that investigations carried out by the DoJ had also failed to provide any evidence of misappropriated funds.
Inspector-General of Police Khalid Abu Bakar also said yesterday that the police would not interfere in the DoJ’s latest move.
He added that the police would not offer assistance to the US Federal Bureau of Investigations (FBI) to look into the case, which he termed as a “civil matter”.
******************************************************************
NAJIB AND HIS FAMILY NEED IGP KHALID TO COVER UP HIS DIRTY MONEY LAUNDERING.
IGP KHALID AND HIS FAMILY NEED NAJIB TO COVER  UP HIS PROTECTION RACKET AND ABDUCTION OF PASTOR RAYMOND AND THREE OTHERS.
SO THE CAT CHASE THE MOUSE AND THE MOUSE CHASE THE CAT.
at June 17, 2017