Christians are make suckers in Malaysia 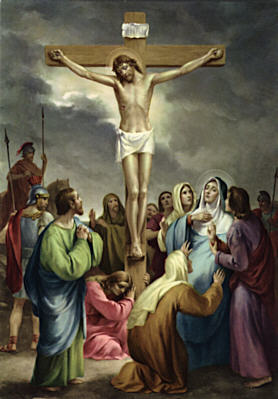 A man who used a social networking website to post sectarian comments about Catholics and Celtic supporters has been jailed for eight months.

Stephen Birrell, 28, from Glasgow, was also handed a five-year football banning order at Glasgow Sheriff Court for writing the comments on a Facebook page titled Neil Lennon Should Be Banned.

He admitted writing the religiously and racially motivated comments between February 28 and March 8 this year.

Sentencing him, Sheriff Bill Totten said the courts had to send "a clear message to deter others who might be tempted to behave in this way".

One of the comments, posted a day before a Celtic v Rangers game on March 2 this year, read: "Hope they all die. Simple. Catholic scumbags ha ha."

Two days after the match, he wrote: "Proud to hate Fenian tattie farmers."

His lawyer, Iain McLennan, told the sheriff that Birrell had accepted what he had done but struggles to understand the severity of his actions.

He said: "He finds it difficult just to comprehend how serious what he did was. But he does accept that what he did was wrong and gratuitously offensive."

The sheriff told Birrell that he had escaped a longer sentence because his comments hadn't made specific threats against individuals.

But he said he wanted to "send a clear message that the right-thinking people of Glasgow and Scotland will not allow any behaviour of this nature, or allow any place in our society for hate crimes".

He said: "The use of modern communications to spread or support abuse or target groups of people because of their ethnic or racial background has no place in our modern society and has no place in genuine support for any football club."

The sheriff also reduced Birrell's jail term because he had pleaded guilty, cutting the time from 12 months to eight.

Under the football banning order, Birrell cannot attend any football match in the UK for five years. He will also have to inform police and comply with any decisions they make if he wishes to attend a game abroad.

Birrell, dressed in a tracksuit with his belongings in a yellow plastic carrier bag, spoke only to confirm his name and address.

As he was led to the cells, he turned and waved to his friends and family who had come to see him sentenced.

Birrell was arrested and charged in April during a police crackdown on sectarian hatred on the internet.

Disruption was also seen off the pitch, with around 30 fans arrested at Celtic Park.

An Old Firm summit chaired by First Minister Alex Salmond was held in the wake of the game and an eight-point action plan was agreed.

Controversial legislation aimed at tackling sectarianism is making its way through Holyrood. If passed, the Scottish Government's Offensive Behaviour at Football and Threatening Communications Bill will create two offences which relate to behaviour deemed to "incite religious, racial or other forms of hatred" in and around football grounds and on the internet.

The Bill would mean those convicted could spend as long as five years in prison and be banned from football grounds. It was intended as emergency legislation but the timetable was delayed because of concerns about its lack of clarity. The "need" for new laws has also seen disagreement.

She said: "The Crown Office and Procurator Fiscal Service is absolutely determined to play its part in confronting the problems of sectarianism, religious offences and related disorder and violence.

"Whether the offences are at the football match itself, travelling to or from it or, as in this case, online threatening communications, we will do all in our power to bring those who perpetrate such crimes to justice.

"Prosecutors will continue to prosecute anyone indulging in such behaviour which is completely unacceptable in modern Scotland."

Every day the Christians are prosecuted indirectly in Malaysia, why? Because the UMNO Malays are weak and easily led to be pariahs.

Just wait and see which Royal mouth will spill more hatred this weekend.