Malaysians have been betrayed

Like most Malaysians I was one of those who got involved with Reformasi personally in 1998.  I helped to raise fund and handed the money to Azmin Ali, attended talks and even followed Kak Wan to Perlis in an overused van driven by fellow friend who was just a pasar malam trader.  This trader and his wife gave up doing business to fight for change.  When two person are earning only RM2,000 per month, it was a big sacrifice.

Then there was candle light gathering which saw my son being charged in court.  In and out attending hearings for years and finally freed from all charges.

Hindraf protest which saw my friend been locked up under ISA.

Then it was Bersih.  I attended the first with lawyers and all the following Bersih protest.  Sleeping around Dataran Merdeka. The number of Tee Shirts bought and worn are still with me.

Lynas protest and many others.

Today after 18 months of change, Malaysia is worse off than before.  Many businesses have close down, prices of goods have risen, more people are unemployed, big projects have changed hands and are now given to Mahathir and Daim children and cronies.  More assets have been sold.  Our present Cabinet Ministers have turned rogue and have become millionaire and billionaire in a short period of time.  Our Education system remind the same. Malaysia is now more Islamic than Muslim. Every single services in the government have become slower and more complicated.  Crime rate has shot up.  Our Economy is at ZERO. US$600 Billion left Malaysia.

Our Toll collection of RM8 billion are now used by Mahathir and Azmin Ali as their slush fund to overtake the government we helped to change.

For past 18 months Malaysians have seen many people selling off their dignity and soul for money.

TODAY THOSE LOUDSPEAKERS HAVE TURNED MUTE AND ARE NOW WORKING AGAINST US, THE RAKYAT.

THOSE TRAITORS TODAY PLEASURE THEMSELVES THINKING THEY ARE UNTOUCHABLE AND UNANSWERABLE TO US AND LAWS OF THIS NATION.

TO ALL MALAYSIANS, LET US BE UNITED AS ONE TO FIGHT AGAINST MAHATHIR,  AZMIN ALI AND HISHAMUDDIN NOT TO RETURN TO THE OLD CRUDE WAY.

THIS COUNTRY CAN ONLY BE SAVE IF WE WORK TOGETHER AS ONE.

MALAYSIA DO NOT NEED TRAITORS WHO WORK FOR THEMSELVES AND FAMILY.

LOOKS AT MAHATHIR, DAIM AND AZMIN ALI CHILDREN.  TODAY THEY ARE MILLIONAIRE AND BILLIONAIRE.

WHERE IN THE WORLD A PERSON CAN OWN 200 COMPANIES WITHOUT A SINGLE SEN PUT IN AND SUCH CAPABILITY BUT CANNOT HELP MALAYSIA ECONOMY WHEN THE FATHER IS THE PRIME MINISTER NOT ONCE BUT TWICE.

WHERE IN THE WORLD A PERSON CAN BE A MILLIONAIRE WHEN ONE IS A BANKRUPT IN ANOTHER COUNTRY.  THIS HAPPENS WHEN YOUR FATHER IS AN ADVISOR TO THE PRIME MINISTER.

WHERE IN THE WORLD A PERSON CAN BE A MILLIONAIRE WHEN ONE IS ONLY A STUDENT. IT CAN ONLY HAPPEN WHEN YOUR FATHER IS THE ECONOMIC MINISTER. 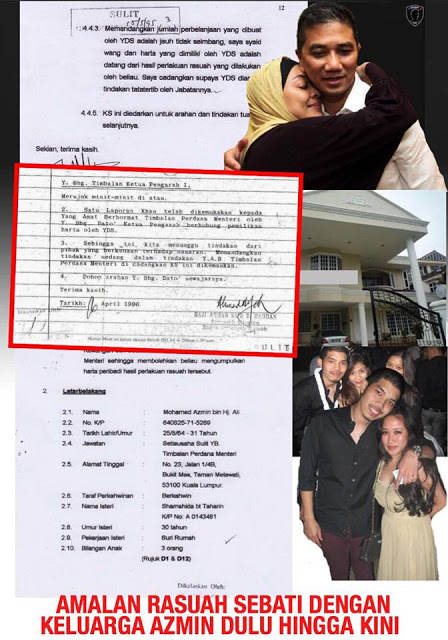 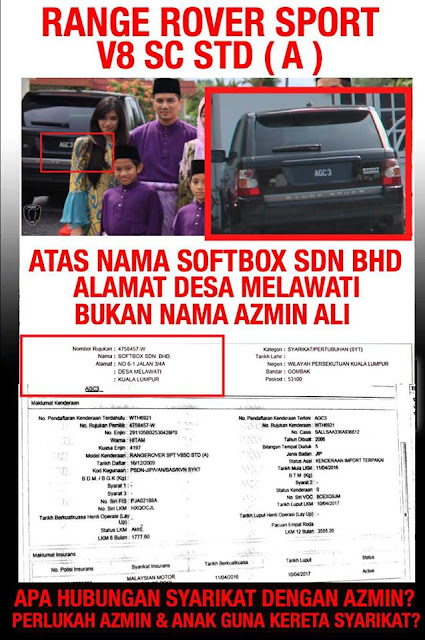