Nothing is Free, SO HOW MUCH??? 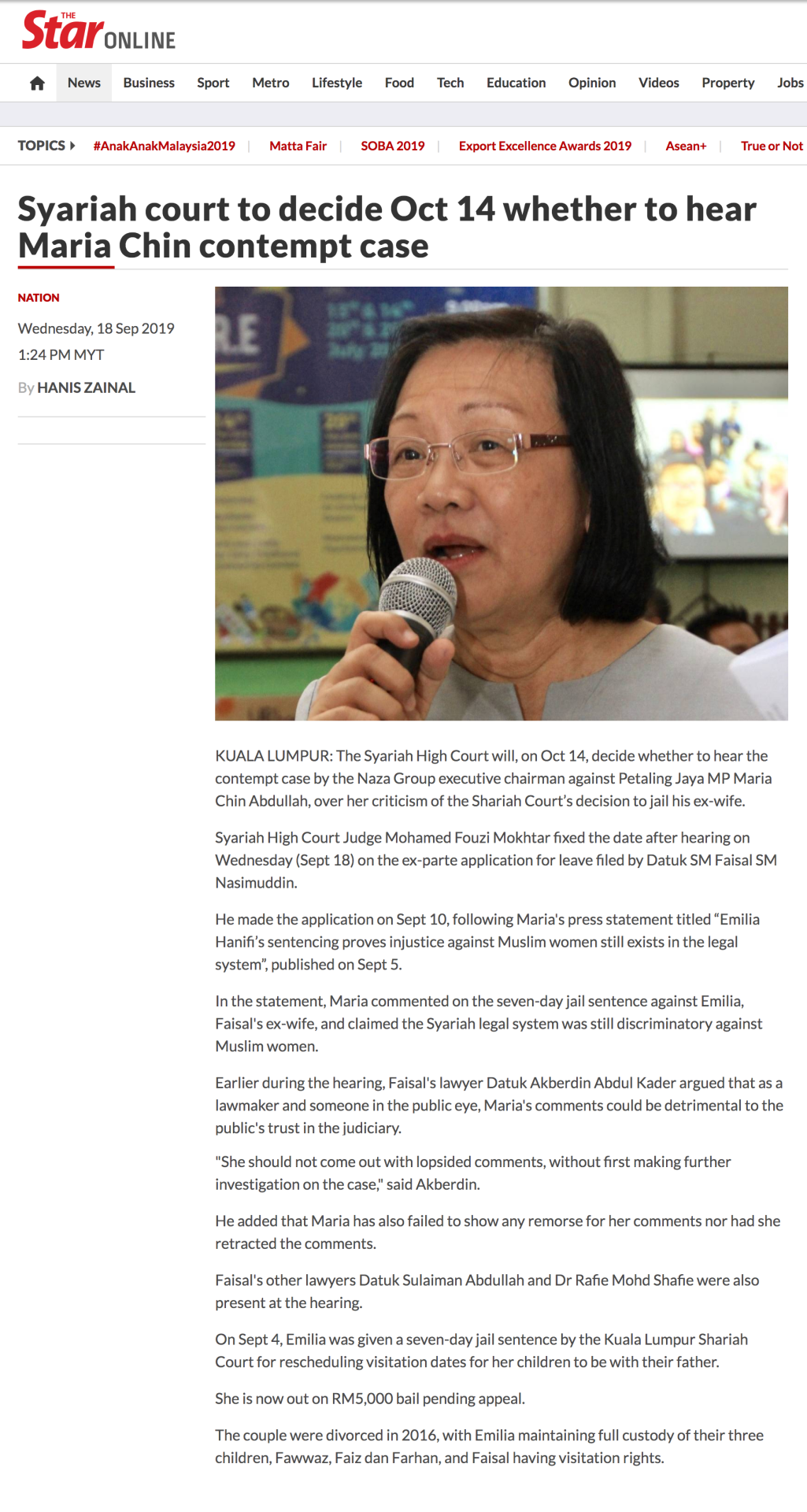 Dato Wira SM Faisal has filed for a contempt proceeding against MP YB Maria Chin on 18.9.2019 in Kuala Lumpur Syariah Court
Mainstream media reported it is Dato Wira SM Faisal who is the plaintiff for this case. In truth, there are two people acting as plaintiff
1) Datuk Wira SM Faisal SM Nasimuddin
2) Zaleha Ismail. Faisal’s lawyer, Akhberdin has removed Puan Zaleha’s “Puan Sri” to hide the fact that she is needed in this suit to strengthen their contempt case 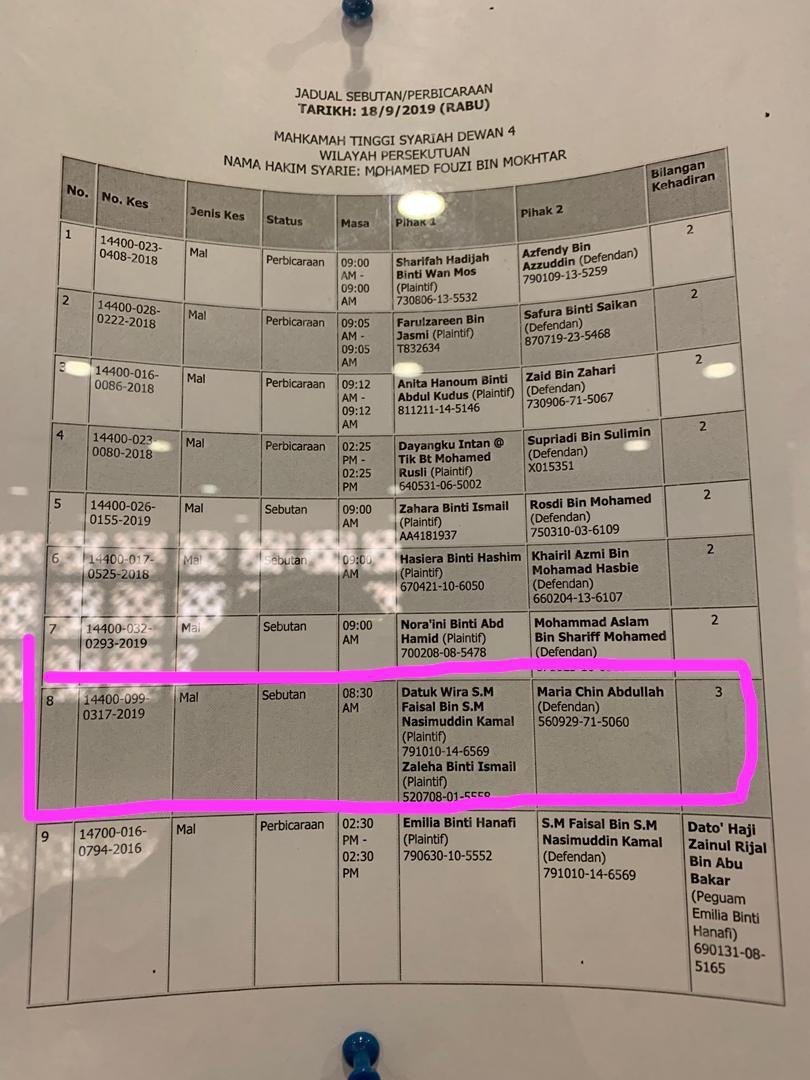 This case is being heard in front of Judge Mohamed Fouzi Bin Mokhtar who is the same judge that sentence Emilia to 7 days of jail last week.

This case mention and subsequent hearings will be a conflict of interest as the same judge that handed out the 7 days jail sentence to Emilia will be the same judge to determined YB Maria contempt charge.  The judge could act bias towards YB Maria and say how dare you challenged my decision?
If indeed MP Maria Chin remarks tarnished Syariah court system as claimed, then it should be the Syariah judiciary that should file the contempt charges and not SM Faisal and Puan Sri Zaleha against YB Maria Chin.
Yesterday Faisal’s lawyers filed ex-party (one-sided) contempt charges in Syariah court in order for their case to be heard without MP Maria Chin presence to get a head start.  The outcome that Faisal wanted was for the case to proceed but the court decided it will only decide if contempt charges will proceed or not on the 14.10.2019. And the contempt charges, we repeat, will be heard in front of Judge Mohamed Fouzi Bin Mokhtar. The same judge that sentence Emilia to 7 days in jail.