Malays in the Milo Tin must learn to read


The Swiss AG's Annual Report is available at the website of the Office of the AG, Switzerland. There is an English version.   You can read the English version of the full report here.

Here is an excerpt : 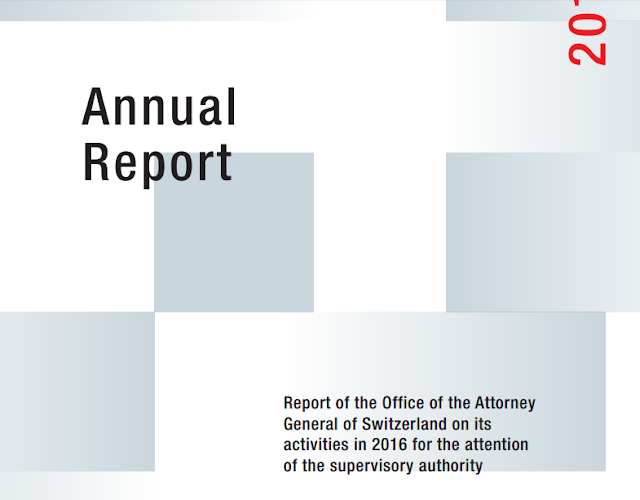 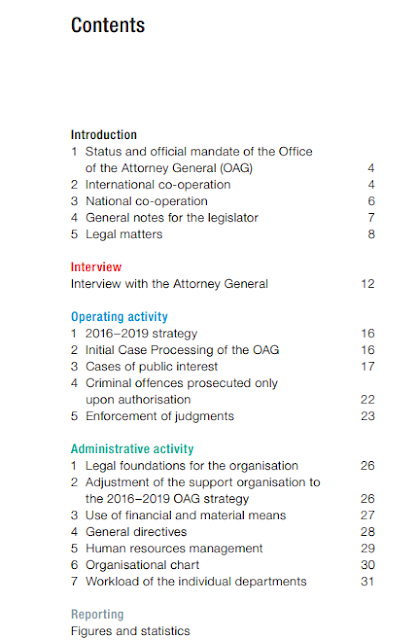 Here is that part of the Swiss AG's Annual Report 2016 which talks about 1MDB.

On the basis of the finding that the Swiss financial services  hub was affected by the financial scandal of which  the Malaysian sovereign fund 1 MALAYSIA DEVELOPMENT
BERHAD (1MDB) is supposed to have fallen victim,  the OAG instigated an investigation in August 2015.

Within the framework of improper financial operations,  several billion USD is said to have been embezzled at  the expense of that fund, with the operations branching
out into Singapore, Luxembourg, the US and Switzerland.

This case has caused great furore in the media  due to the scope of the fraud, the involvement of certain  banks (suspicion of breach of obligations in the area of combating money laundering) and the likely involvement  of executives of 1MDB and the sovereign wealth fund of  Abu Dhabi in the misappropriation of the funds.

The Swiss investigation, which was instigated on  the suspicion of fraud, bribery and money laundering, is  directed against Malaysian officials and officials of the  United Arab Emirates, who each held several bank accounts  in Switzerland to which funds from acriminal  origin allegedly flowed.

Since 2015, the MROS has reported  about one hundred suspicious accounts to the  OAG in connection with this international case of fraud.  The OAG has frozen several tens of millions of USD as  part of a seizure.

At the international level, the OAG has  noted the refusal of Malaysia to execute its request for  legal assistance, whose aim was to clarify the facts and  collect evidence in Malaysia.

However, the OAG is investigating  in close co-operation with the authorities of  other countries that are affected by this case and welcomes  the effectiveness and speed of this co-operation.  (Malulah Malaysia)

As regards the financial intermediaries affected by  this scandal, the OAG instigated on the basis of Article  102 para. 2 Swiss Criminal Code (responsibility of the  company) separate investigations into two Swiss banks.  They are being suspected of failing to take all necessary  and reasonable organisational precautions to prevent the  commission of acts of money laundering within the bank.

Both banks have been fined by FINMA. In particular,  FINMA ordered the seizure of the profits, which had  been generated in violation of the anti-money laundering regulations. The corresponding orders were contested,  and the Federal Administrative Court will have  to rule on this.


My comments :  The fat lady has not sung yet.

Forget about North Korea. Switzerland has "declared war" on 1MDB. What does Anifah Aman Say?

Forget about North Korea folks.  Switzerland has declared war on 1MDB. Malaysia is just collateral damage. Here is a Reuters report that is going around the world. Malulah Malaysia :

Combing through money laundering reports and bank documents with help from Singapore, Luxembourg and the United States was bearing fruit for his office, the OAG, he said..

"It's not hopeless, in fact it's the opposite," Mr Lauber said.
.


"We're still confident we can successfully conclude the process ... in particular (but not only) the open cases against the two banks," he said at a news conference, referring to Swiss private banks BSI and Falcon which have already had to pay out in the case.
.

"This place (Switzerland) is not a safe harbour, not for terrorists, not for money launderers, not for international corruption," he said.
.

My comments :       Here are some of the news headlines from around the world and the region, including Malaysia of course : 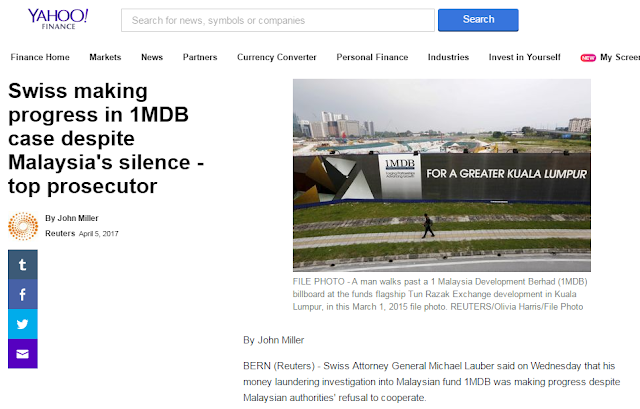 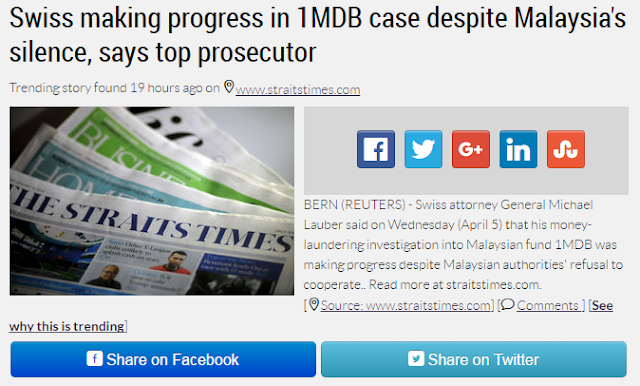 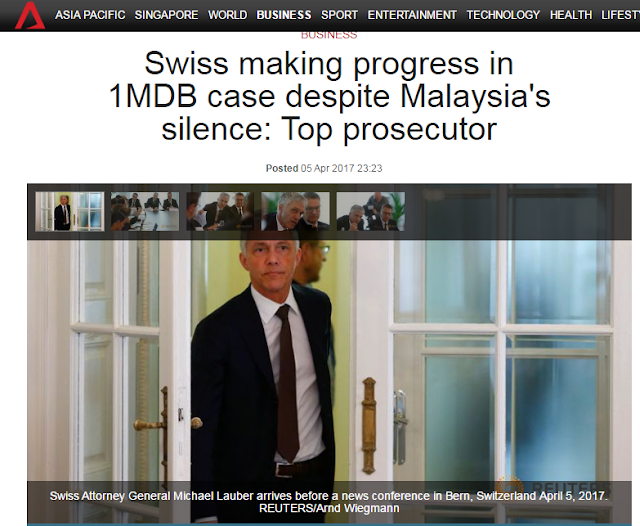 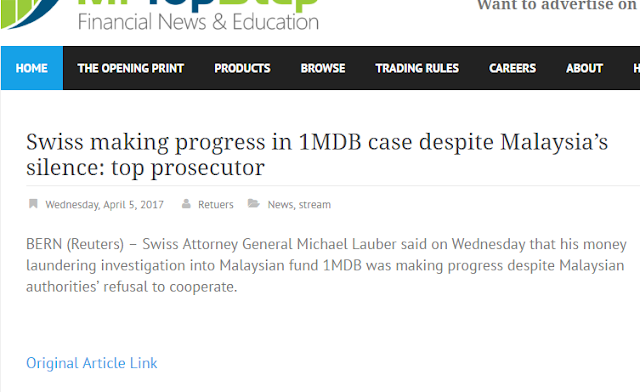 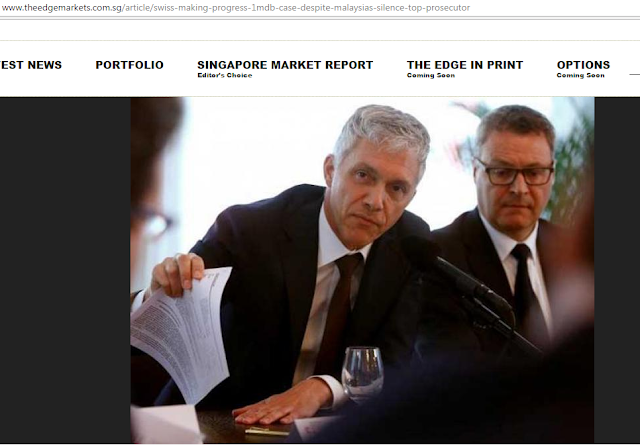 And here is just one "search page" from Google : 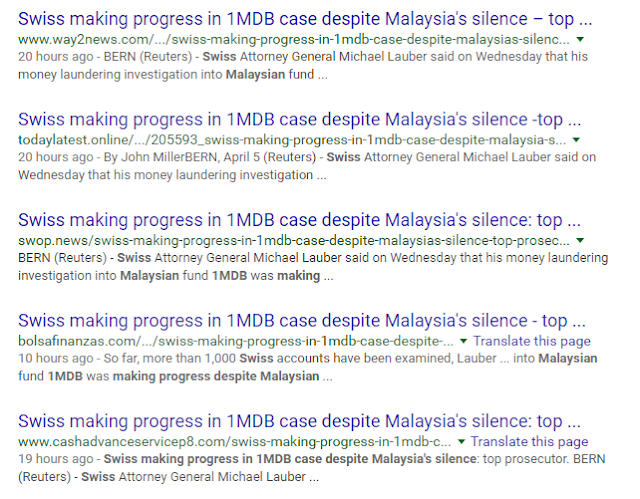 Conclusion :  This news is burning up headlines all over the world today.

Hello 1MDB crooks (and New Village idiots) you should understand what all these headlines mean :
.

Look at the expression on their Attorney General's face at his  Press Conference :