Was Kim Jong-nam killed by VX nerve gas? Doesn’t look like it 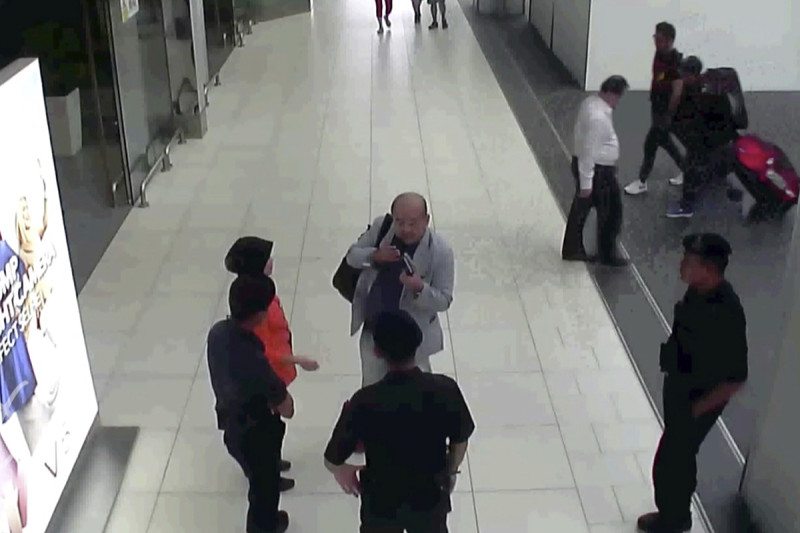 Chemical weapons experts are mystified. “I have more questions than answers at this point,” says Richard Guthrie, formerly of the Stockholm International Peace Research Institute. VX is the most toxic substance known – 10 milligrams of the oily liquid on your skin, less than a drop, is lethal. But Kim took some time to show any symptoms, while the poison was handled by unprotected assailants, and didn’t contaminate other people.
The use of the chemical, if confirmed, narrows the list of suspects, however, to someone who has or can make a small amount of VX. It isn’t hard to make, but the precursor chemicals are tightly controlled.
North Korea, suspected of organising the killing, is widely thought to have chemical weapons. The International Crisis Group think tank estimates that the state stockpiles 2,500-5,000 tons, including nerve agents such as VX.
North Korea helped Syria build its chemical weapons stockpile, which included VX. It is one of only four countries not in the treaty banning chemical weapons.
VX has been used for assassination before, notably by the Japanese terrorist group Aum Shinrikyo, which made a small quantity and spritzed it onto the skin of victims using syringes.

That is what makes Kim’s case so strange. VX is called a “nerve agent” because it inhibits the acetyl cholinesterase enzyme which breaks down acetylcholine, the chemical that transmits the signal to contract from nerves to muscles. If acetylcholine does not break down, muscles stay helplessly contracted, and victims die of paralysed breathing. They also go into convulsions, froth at the mouth, turn blue and display other tell-tale symptoms.
Malaysian police have said two women ambushed Kim in the Kuala Lumpur airport and wiped something on his face. Kim himself is said to have reported liquid smeared on his face that burned his eyes, when he went to the airport medical station for help.
CCTV footage shows a woman doing just that. But it then shows Kim walking apparently steadily to solicit help for several minutes, with none of the usual symptoms such as spasms or foaming at the mouth.
The attacker was handling a cloth with no apparent protection, not wielding a syringe. The women are then said to have run to a washroom to wash their hands, where one vomited. Both are consistent with VX. But nothing else seems to have happened to them, even though they were apprehended soon after.
“Any splash of a tiny droplet anywhere on her body would have resulted in some symptoms,” says chemical weapons expert Jean-Pascal Zanders . “She was jailed, but nothing like that was reported.”

The attackers might have been pre-treated with atropine, a drug that blocks the effects of VX. But the medical staff who handled Kim in the ambulance where he later died – with convulsions, which is consistent with VX but also other poisons – would not have been pre-treated.
They should have been contaminated, which is common in incidents involving such chemicals, but are not known to have reported any VX symptoms. The chemical might have been enclosed in capsules that only released VX after being smeared on Kim’s face – but again medics should have been affected.
Moreover, if it was VX, the airport concourse should have been decontaminated, says Zanders. But Malaysian police told reporters on Friday that the concourse is only being cleaned now.
It is also possible that North Korea’s VX is losing its punch. It is thought to have been synthesised some years ago using precursors smuggled from abroad. Tighter controls on those chemicals may have prevented stocks from being replaced, and VX has a limited shelf life. Iraq’s VX, found by UN inspectors after the 1991 Gulf War, degraded rapidly in storage.
To be certain, says Zanders, samples from Kim’s remains should be sent to a lab certified by the Organisation for the Prohibition of Chemical Weapons which enforces the chemical weapons treaty: there is one in neighbouring Singapore.
By Debora MacKenzie
at March 05, 2017