Mastermind allegedly received RM 30 million to do "the job" - Source
"We are in touch with several trusted informants, one of which has left Malaysia for good to start a new life. The latter, fully identified by our organisation, has come agreed on audio record with our international investigators and has revealed sensational new information on the Assassination of my late father Hussain Najadi in Malaysia.
By information and belief we are now lead to believe that the formerly alleged and Red Notice Interpol sought mastermind Lim Yuen Soo has received RM 30 Million to do the "job" with full cover from "the top". 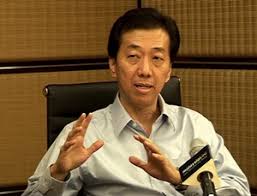 The same well connected source further informed us that the coordination and temporary safe house exile for Lim in China has been run by an influential Senior Malaysian Chinese Business man and lobbyist at the MCA (Malaysian Chinese Association) in Kuala Lumpur. We now also know by information and belief that Lim Yuen Soo has received a new identity, a new Malaysian Passport.
This new information for the constant struggle to fight for Justice in Malaysia is a significant one. All relevant International Investigation and Prosecuting Offices around the world that are investigating 1MDB and the connected massive money laundering are herewith informed." said Pascal Najadi by phone today from Moscow, Russian Federation.
The Mastermind - Time Line from demand to arrest to whitewash respectively by Malaysian Attorney General's Chambers
Back in October 9th 2013 Kuala Lumpur police chief SDCP Datuk Mohmad Salleh said publicly in the Malaysian Press that Malaysian citizen Lim Yuen Soo of Chinese origin aged 53 failed to surrender after being given a week to do so. As such, he said, the police will alert Interpol to track him in Australia where he is believed to be.
“We will seek assistance from our Australian counterparts for his extradition. Lim is a close friend and employer of the gunman who was charged in court last week with murdering Hussain." he specified.
Lim Yuen Soo then was, according to Interpol, two years on Red Notice at Interpol by the request of the previous Malaysian Attorney General Abdul Gani Patail who got deposed by PM Najib on July 27th 2015, short of two days, two years after the Hussain Najadi Assassination on Malaysia of July 29th 2013.
On November 2nd 2015 the Malaysian Police made a surprise press statement that they have suddenly captured Lim Yuen Soo at KLIA and released him after 8 days without charges.
DAP’s Puchong MP Gobind Singh Deo on November 2nd 2015 questioned the public prosecutor’s decision to release the so-called mastermind behind the murder of banking magnate Hussain Ahmad Najadi, claiming that it brings into question the effectiveness of Malaysia’s justice system.
He said it was unacceptable for the Attorney-General’s Chambers (AGC) to decide against charging the suspect despite an in-depth probe by the police that lead to the mastermind’s arrest at the Kuala Lumpur International Airport (KLIA) sometime last month.
“The police handed over the investigation papers to the DPP (deputy public prosecutor). However, having studied the investigation papers, the DPP decided not to charge the main suspect,” Gobind said when debating Budget 2016.
“What has happened? The main suspect was arrested and released, with no action taken. “Let me ask the prime minister’s department, how do we assure the citizens of this country that justice will prevail when they arrest main suspects in cases and just release (them) like that, no action?” Gobind added.
PRESS STATEMENT FROM NAJADI & PARTNERS