GST got nothing to do with God you ass hole 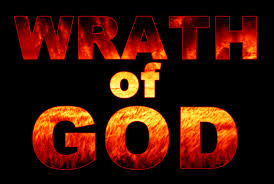 GOOD REASON WHY THE WHOLE WORLD ARE LAUGHING AT THE STUPID MALAYS AND HAVE NO RESPECT FOR MUSLIM AT LARGE.
MALAYS ARE GONE CASE AS FAR AS I AM CONCERN.
THEY BELIEVE EVERYTHING IS FATED AND THAT GST IS PUNISHMENT FROM GOD.
DON'T BELIEVE, READ ON:
******************************************************************
In Pekan, a glimpse of why Najib is so popular
BY ANISAH SHUKRY
Excited chatter filled the humid air in the prime minister's constituency of Pekan, Pahang, as locals descended onto the Sultan Abu Bakar Lake Garden, where an automotive fair organised by the Malaysia Automotive Institute (MAI) was entering its second day.
But it was apparent that the scores of brand new cars gleaming under the morning sunlight were not the main crowd-puller for today. Instead, the centre of attention was a giant white tent decked in blue and red, where Prime Minister Datuk Seri Najib Razak was expected to appear and address his constituents.
In anticipation of the prime minister’s presence, the Umno grassroots here had taken it upon themselves to turn the event into a show of support for their embattled president with Pekan Umno Youth pasting posters describing it as a "Solidarity 4PM Najib".
And as the morning wore on, several buses pulled into the congested park, dropping off hundreds of villagers and government-friendly welfare groups dressed in a uniform red, purple or blue.
Alias Ismail, the village head of Kampung Kuala Mentiga, told The Malaysian Insider he had been ordered by Umno Pekan to gather all his villagers to today’s function.
“Yes, I’m a supporter of the prime minister,” Alias said emphatically, as he adjusted the 1Malaysia logo emblazoned on his beige uniform.

The large white tent at the Sultan Abu Bakar Lake Gardens in Pekan with local constituents bussed in by the Umno division to show its support for the prime minister. – The Malaysian Insider pic by Anisah Shukry, May 23, 2015.
“I was ordered to come here with the locals. We came here by bus, it was all sponsored by the assemblyman. All the village heads are here with their people,” he said, pointing to other men dressed in the same beige suit.

But not all of the transportation were paid for by Umno leaders; Norwati Ishak, 49, the chairperson of welfare and education group Al Wardah Pahang, said the group had used its own funds to get here.

Dressed in matching purple baju kurung and tudung, the group were here today to show everyone that “Al Wardah supports the prime minister 100%”, Norwati told The Malaysian Insider.
“All 150 of our Pekan members came here in three buses, one van, and five cars,” she said.
“We are here at the invitation of Datuk Abu Bakar Harun, the Pahang exco and Umno Pekan deputy chairman. He even offered to sponsor out transportation, but we paid for two buses ourselves.”
Criticism has been mounting against Najib over the 1Malaysia Development Berhad (1MDB) scandal and the poor implementation of the goods and services tax (GST), but Norwati shrugged this all off.
“I believe the GST is actually God’s punishment to us,” she said with a knowing nod.
“Muslims are supposed to pay zakat (alms) each month, but how many actually do that? So that is how God is punishing us – through GST.”
For Norwati, supporting the prime minister was simply a religious duty: “In the Quran, it states that we must first obey Allah, secondly the prophet, and third, our leader – which is Najib.
“So it doesn’t matter if a leader is ugly or has strange hair – as Muslims we must obey him. It is a matter of faith.”
Hospital cleaner Kulamani Subramaniam said her love for Najib had compelled her to attend today’s function with her family.
“I’m here to see Najib, not the fair. The people here (in Pekan) definitely support him. Najib is from here, so of course we support him,” she said shyly.
“Yes, the GST is tough for us poor people to handle, but we accept it.”
Similarly, housewife Zaidah Haslan, 45, was excited at the prospect of seeing her parliamentarian and prime minister for the first time, saying that he had contributed a lot to the country.
“Tun Dr Mahathir Mohamad can criticise Najib all he wants; that is his personal opinion. To me, as long as the leader upholds Islamic principles, I support him,” she said, referring to the former prime minister.
Twenty-eight-year-old Mohd Azlan Mohd Fadzilah told The Malaysian Insider he and his fiancée were in the area by chance, and, upon learning Najib would be turning up, decided to stay for the opportunity to see the prime minister.
“I definitely support the prime minister. I can’t really say much because I’m not in his position, but I really believe he is doing the best,” he said.
Najib has been accused of lying by opposition politicians and even Dr Mahathir about a myriad of issues, including on 1MDB and the murder of a Mongolian woman, Altantuya Shaariibuu.
Dr Mahathir has, in recent months, repeatedly asked Najib to step down, saying that Barisan Nasional would not win the next general election if the prime minister continued to stay in power.

Prime Minister Datuk Seri Najib Razak leaving the Gegar Autoria Carnival, in Pekan, where he spoke to a large crowd of supporters, even as the attack from former PM Tun Dr Mahathir Mohamad intensifies. – The Malaysian Insider pic by Afif Abd Halim,