Now who is the double standard cock talker? 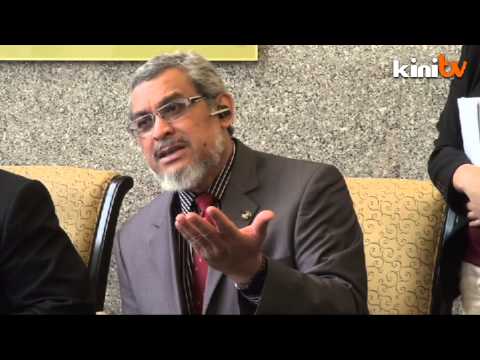 Azmin Ali: Govt will not oppose construction of Kidex

Print
PETALING JAYA: Selangor Mentri Besar Azmin Ali said the state government will not oppose the construction of Kinrara Damansara Skyway (Kidex) but said that the developer must comply with Petaling Jaya Local Plans guidelines to ensure the development benefits the residents.
Azmin said the developer needs to submit a traffic dispersal report to show how this highway will ease congestion and the toll receipts will yield a high rate of return.
The proposed construction of the 14.9km Kidex, which will start from the North Klang Valley Expressway (NKVE) near Damansara and end at Lebuhraya Bukit Jalil near Kinrara, was earmarked to begin in 2015.
The proposed construction of this highway has been heavily criticised by residential associations of areas where the highway is expected to cut across which includes, Section 13, Section 14, Section 17 and Section 51. Many houses have displayed the sign 'No to Kidex' at their gates.
Azmin also ensured that the state will give guidance to the mayor and councillors on the recently withdrawn Petaling Jaya Local Plans 1 and 2 (RTPJ 1 and 2) draft amendments which allowed developers to change the status of some areas from residential into commercial without consulting residents.
He was speaking to reporters after his visit to MBPJ and meeting the officers and PJ councillors today.
One of the other major talking points of the plan was the increase the plot ratios from 1:4 (one person to occupy 4 square feet) to 1:6 (one person to occupy 6 square feet) of Transit Oriented Development, thus making developments bigger.
Transit-Oriented Development refers to any commercial or residential building constructed within a 400-metre radius of public transport station or hub.
The main concern of PJ residents was that there wouldn't be enough public roads, transportation, parking spaces and other public infrastructure to support the influx of people expected to reside in the city.
The mayor and the councillors will discuss the proposed changes of the RTPJ 1 and 2 plans before submitting the amendments to the state government.
Meanwhile, Azmin said the reason why he he plans to cut the salaries of state executive councillors, the state speaker, the deputy state speaker and his own salary was because the rakyat are facing a tough time coping with the high cost of living.
"I would not be able to face the people who are burdened if I don't slash the salaries," he said referring to one of his first task after becoming Mentri Besar on Sept 23.
"We can't disclose the amount of the cut but it is quite a substantial amount, the current rate at the moment is too high but I will not be slashing the salaries of the ADUN's because they do a lot of hard work on the ground," he said.
PKR, DAP AND PAS CONDEMNED EX-MB KHALID FOR KIDEX.  TODAY THE COCK FOLLOW THE RULES OF SILENCE.