Corruption within the wall of local UNHCR staff

An exclusive report by Al Jazeera claims children are among refugees in detention centres in Malaysia. – Pic courtesy of Al Jazeera

Malaysia's treatment of refugees has come under the spotlight again following an Al Jazeera news report which highlights the horrendous conditions and exploitation of refugees in prison as well as corrupt dealings by local United Nations High Commissioner for Refugees (UNHCR) staff.
In a yet-to-be-aired 101 East programme, titled "Malaysia's Unwanted", senior presenter and reporter Steve Chao went undercover as a priest to gain access into the "notorious" detention centres where refugees who are arrested are placed.
According to UNHCR, there are some 150,000 refugees who have fled from their home countries to Malaysia, hoping to be relocated to a third country.
However, Malaysia, which has recently been elected as one of the UN Security Council non-permanent members, has refused to sign the 1951 Refugee Convention or its 1967 Protocol to recognise the status of refugees.
Therefore, refugees are not allowed to work or even go to school, which has prompted them to set up their own community centres for their children's education.
They can also be detained at any time and placed into the already overcrowded detention centres where Chao found them living in squalid conditions.
The report showed Chao's encounters with dozens of refugees inside these facilities, many of whom are chained and handcuffed and others who have not eaten for days.
He also found women who were hauled in just hours after giving birth and children, which is a violation of the UN Convention on Child Rights.
Refugees are kept in their cramped cells all day long and some revealed to Chao that they had been forced to strip naked in front of others and are then beaten, slapped and kicked while one former detainee tells the Al Jazeera journalist that he had been subject to abuse with a steel pole.
Although Malaysian authorities have admitted that abuse cases do happen in the detention centres, Putrajaya has maintained that the conditions are better than in other countries.
Chao also unearthed an illegal trade in UNHCR registration cards, headed by a local representative.
"All the money from this activity goes into the pockets of some top guys in the UN. We have been doing this with him for a long time. We are thieves, and we look for thieves above us," a UN translator was quoted as saying.
The UNHCR mission in Malaysia have been overwhelmed with refugees seeking help as more than 1,000 refugees and asylum seekers come to their office every day.
“We’re like an accident and emergency hospital, not a general hospital. In an accident and emergency hospital you make tough decisions all the time about triaging and prioritising who is the neediest of the people in an already needy group of people," Richard Towle, who leads the UNHCR mission, said.
Malaysianinsider.com
at November 20, 2014

By Any Means Necessary

130 MACC FROM KUALA LUMPUR TO PENANG. ON THE INSTRUCTIONS FROM HAMZAH AND AZMIN ALI, MACC MUST USE ALL MEANS NECESSARY TO OUST DAP STATE ... 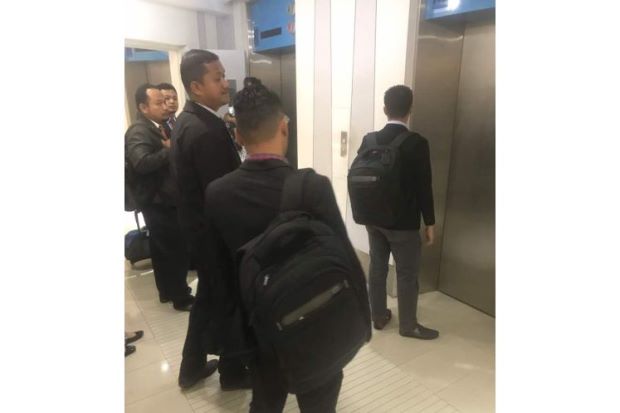