MH370 Revisited Part 1: Malaysians Defy Zionist Disinformation
At a closed-door seminar on the disappearance of Malaysia Airlines Flight 370, veteran police commanders and retired military officers said that erroneous media reports and bizarre blogger theories are aimed at debunking the logical conclusion that the jetliner was hijacked. Trivialized speculation and futile searching have presented a mid-sea crash as the only possible scenario and a given fact without a shred of evidence.
Meanwhile the country’s largest ad agency is pushing a cynical publicity campaign to persuade families and friends to give up the search for their loved ones. Across the capital Kuala Lumpur, gigantic billboards and electronic signs are posted with “condolences” and “mourning” for those aboard MH370, asserting without an iota of proof that the passengers are dead. The shadowy ad firm Ganad behind this cruel hoax is hardly a moral standard bearer, after admitting to unreported business contracts and bribery in a court of law last year.
Who could be behind this campaign to demoralize the Malaysian public? A veteran Malaysian police detective at the seminar said that psychological-warfare tactics are being orchestrated from the Mossad station in neighboring Singapore, a stronghold of Zionist influence since the colonial era. The SingaIsraeli cover-up has backfired, however, as millions of skeptical Malaysians filter fact from corporate media lies and hold on to the possibility that someday, somehow the hostages will be freed from captivity.

Emerging Consensus Points to Israel as Perpetrator
The consensus among the gathering, which included veteran police and military officers who have insider access to government information, includes:
- The last radar detection of MH370, picked up by an airport at Surathani, Thailand, showed the jetliner moving due west between Penang and Lankawi island, past 2 a.m. when radar at the local international airports had already closed. The plane was not following a southerly arc toward Australia as erroneously suggested by European aircraft experts cited in the mass media.
- Eyewitness accounts of a low-flying jetliner over the Maldives are bona fide and consistent with other evidence showing the jetliner was forced to land on nearby Diego Garcia island, a US military facility in the British-controlled Chagos Islands group, where a large contingent of Israeli Defense Force personnel are stationed.
- The early-on claim that two Iranian terrorists were aboard was a red herring planted by the Mossad. The European passports in their possession were stolen in Thailand and their air tickets were purchased over the phone, suggesting a frame-up by Israeli spies, who operate out of the Chabad Houses in Kuala Lumpur and Bangkok. The false terror scare was a ruse to convince the US military to permit MH370 to land at Diego Garcia.
- Before departure from Kuala Lumpur International Airport (KLIA) the pilot ordered extra aircraft fuel, indicating a plan to fly the jetliner after transiting at Diego Garcia. With full fuel tanks, a Boeing 777 can easily reach Israel.

The map of southern tip of Diego Garcia shows where the MH370 passengers were detained, at an abandoned NSA complex at the top of the map, recently used as a prison for rendition suspects. Formerly called the Ground-based Electro-Optical Deep Space Surveillance center, it was used by the NSA to track and process data from spy satellites. Its functions have been replaced by USAF-NSA orbital platforms. The demolished satellite dish park is shown below the NSA complex.
The Unknown Soldiers
On March 18, some 10 days after the hijack, American passenger Philip Wood managed to send an i-Phone message, consisting of a dark “selfie” photo of his hooded head. His voice message was probably received, transcribed and edited into a standard SOS text by his fiance Sarah Bajc, a business executive in Beijing with intelligence connections. His message reads:
“I have been held hostage by unknown military personnel after my flight was hijacked (blindfolded). I work for IBM and I have managed to hide my cellphone in my ass during the hijack. I have been separated from the other passengers and I am in a cell. My name is Philip Wood. I think I have been drugged as well and cannot think clearly.“
The key words here are “unknown military”. A trained security expert, Wood would have detected British, Australian or Turkish accents among the hostage takers. The only other military contingent on Diego Garcia, second only to Americans in numbers of personnel, are the Israelis. Dressed in unmarked uniforms, the Israels would speak in English with a variety of accents and therefore fit his description of an “unknown military.”
Wood was unaware of his location. GPS data from his i-Phone phone indicate that the passengers were held in the southeast sector of the ring-shaped atoll at an abandoned NSA facility. Formerly known as the Ground-based Electro-Optical Deep Space Surveillance center, the fenced site with several structures has been used for extraordinary renditions in the war on terror, as attested to in a 2009 lawsuit in a London court by two Egyptian prisoners secretly detained there, as reported by The Guardian.
As shown in the Egyptian suspects’ court testimony against the British military, allied forces have had free rein to run their own operations on Diego Garcia without interference from the US military. Therefore, it was possible for the Israelis to remain in control of the Flight 370 passengers and crew at the remote NSA facility, after turning over the two Iranians to American interrogators.
Wood’s role as the security expert for the Freescale Semiconductor team aboard MH370 would have prompted the Israel team to separate him from other passengers for solitary confinement. He was taken the switching facility for an abandoned array of satellite dishes, which appear as circles on the ground, south of the NSA compound.
The Israeli commandos isolated Wood because, as the team security expert, he was the only person who knew how to organize the computer programmers and other passengers to refuse to disclose their names and job titles to their captors. By hiding or exchanging their passports, and refusing any cooperation, the passengers could prevent the hijackers from completing their mission of identifying the Freesoft staffers and taking them on a smaller military aircraft to Israel. Wood’s task, in contrast, was to protect the data, so vital to American national security, whatever the sacrifice.
By March 24, Sarah Bajc’s on camera interviews with CNN and BBC bureaus in Beijing, and her pleas to the US Embassy, spurred the State Department and CIA officials to launch an inquiry as to why an American security expert was being held by a foreign military. Once investigators examined the GPS data sent with the i-Phone photo, American intelligence officials realized to their dismay that MH370 was parked on the US military base in Diego Garcia.
That shocking discovery caused the American officers at Diego Garcia to order the Israelis to remove the plane and its passengers from their jurisdiction. Since a return to Kuala Lumpur would have caused an uproar, the only acceptable destination was a Royal Australian Air Force base in the Outback, north of Perth. RAAF Base Pearce at Bullsbrook is a joint-use base with the Singapore Air Force, putting it under de facto control of the Israel Air and Space Wing, which organized the MH370 hijacking.
By hiding the plane in Western Australia, the military allies could to buy time to resolve the diplomatically embarrassing crisis. The plane never reached that holding center.

IBM security expert Philip Wood was kept in solitary confinement at this power switching station after “unknown military personnel” separated him from other passengers. The circles are foundations of dismantled satellite dishes and microwave-relay towers used by the NSA satellite-tracking station. From this site, he managed to send an SOS message from an i-Phone that he had hidden in his underpants.

Prenuptial Tragedy
The probable recipient of Wood’s smart-phone message is his Beijing-based fiance Sarah Bajc. A marketing expert for high-tech companies, she has professional links with the US Commerce Department, which began early in her career as a member of a federal committee on foreign trade. Former Commerce Secretary Gary Locke was US Ambassador to Beijing until the end of 2013, so she had personal access to the Embassy. As such, she has connections with US intelligence officer and the Western news media, including CNN and BBC, which covered her shocking statements that governments were running a cover-up over the hijacking and that the MH370 passengers were still alive.
In many ways, the romantic link between Wood and Bajc as tech-security experts was similar to the relationship between CIA counter-proliferation agent Valerie Plame and Ambaassador Joe Wilson. By no odd coincidence, the opponent of both brainy couples was the same: Israel along with its neoconservative operatives in the Pentagon.
Bajac claimed the jetliner was escorted by fighter jets . That sighting on descent to Diego Garcia was possible due to Wood’s security training, which enables an agent to regain consciousness against a dosage of sedatives, in this case sleeping gas released inside the airplane cabin. While civilians tend to succumb to drowsiness aboard vehicles, security agents undergo psychologial training to revive themselves from sedative-induced slumber. As a result, Wood saw the jet escort and realized that MH370 had been remotely hijacked. 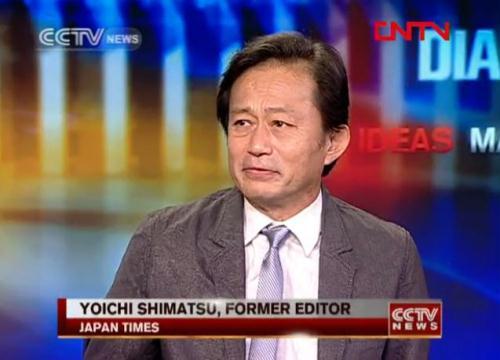