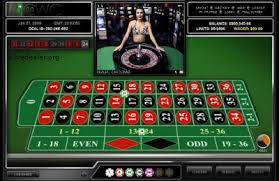 The object of this Roulette is to pick the winning figure total RM 280 million that will appear on the Terengganu Roulette Wheel.  You can also pick the combination of twos or threes or just one.  It is not as easy as it seems as other combination is in the queue.

Just like the Perak Roulette, Karma will play to a full house.

BY ZULKIFLI SULONG, FEATURES AND ANALYSIS EDITOR
MAY 13, 2014

PAS will consider requesting the Terengganu State Assembly Speaker to call for an emergency state assembly meeting, as Barisan Nasional no longer holds a majority in the legislative assembly, according to a state PAS leader.
“We are considering that option,” the party's central committee member and Batu Burok assemblyman Dr Syed Azman Ahmad Nawawi (pic) told The Malaysian Insider, after another BN assemblyman, Roslee Daud of Bukit Besi, followed in the footsteps of former MB Datuk Seri Ahmad Said and Ajil assemblyman Ghazali Taib in quitting Umno to become independent representatives.
The move now leaves Pakatan Rakyat with a majority in the state assembly, holding 15 seats against BN's 14 seats.
Terengganu PAS deputy commissioner Yahaya Ali said the easy way out for the party was to cooperate with the former Umno state assemblymen, in a move similar to what BN did in Perak during the 2009 Perak constitutional crisis.
“The best option is to evaluate this through a vote of no confidence in the Terengganu assembly. If BN does not obtain enough support, then the state government can change hands. Or we could hold another election,” Yahaya told The Malaysian Insider.
The crisis in Terengganu was triggered after Prime Minister Datuk Seri Najib Razak authorised Ahmad’s resignation letter, which he signed before his reappointment as MB for a second term.
Najib was said to have refused to budge from authorising the letter, despite Ahmad’s pleas that his removal only take place after his child’s wedding on May 17.
Ahmad signed the resignation letter which stipulated he must step down a year after he was reappointed the Terengganu MB, following the 13th general election last year.
The letter was to pacify Umno members reluctant to reappoint Ahmad to head the state administration. The party agreed that Ahmad be allowed to serve as MB for another year. – May 13, 2014.
at May 13, 2014