Richest Man in the world

ANYONE LOOKING FOR A SUGAR DADDY?

Malaysian Man Claims to be Richest Person in the World with a Net Worth of $6.4 Trillion


By Brian Warner on January 27, 2012A Malaysian man named Kamal Ashnawi is claiming to be the world's richest man with anet worth of $6.4 trillion. Now, I know what you're thinking, this guy must be a certifiable nut job right? Well, it's not that simple. Kamal Ashnawai is the President and CEO of a privately held oil and gas company called Sierra Petroleum World and he made the trillion dollar declaration this afternoon at a press conference attended by several large media outlets. During the press conference, Ashnawi showed reporters copies of bank statements and other documents that supposedly prove that he personally controls over 1000 royal bank accounts. In case you were wondering, $6.4 trillion is the equivalent of 87% of all the money in the world. 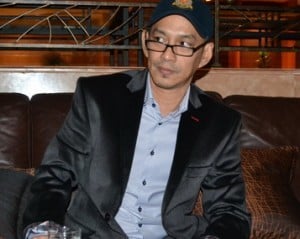 Kamal Ashnawi - The Richest Man in the World?
Ashnawi felt compelled to make his astonish personal wealth public after one of his crude oil processing plants suffered irreversible failures and people began to question the solvency of his company. To make up for the failure, Kamal announced today that he was investing some of his vast fortune into projects to boost the Malaysian economy. Kamal also claimed that after watching the movie "National Treasure" he laughed at the "pathetic" amount of gold and jewels protagonist Nicholas Cage finds in the final scene. He also believes that two ancient Chinese emperors live inside him and he is their mutual re-incarnation. 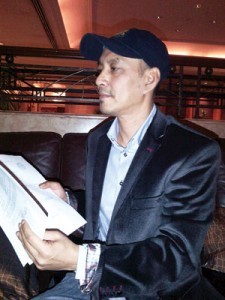 Kamal Ashnawi - Trillionaire?
So what do you think? Do you believe Kamal's story? Is he the richest person in the world? 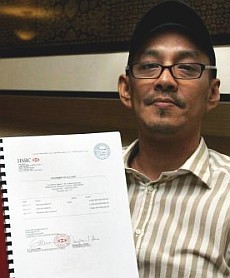 Kamal Holding "Proof" of his Trillions