THE ISRAELI TWIN - Why would Israel have a plane identical to the missing Malaysia Airlines plane in storage in Tel Aviv? The plane in this photo is Boeing 777 2H6(ER) first flown in July 1998, Construction No. 28416* (Original Reg. No. 9M-MRI), an identical twin of the missing plane, which was given a new registration number (N105GT) and flown to Israel in November 2013. 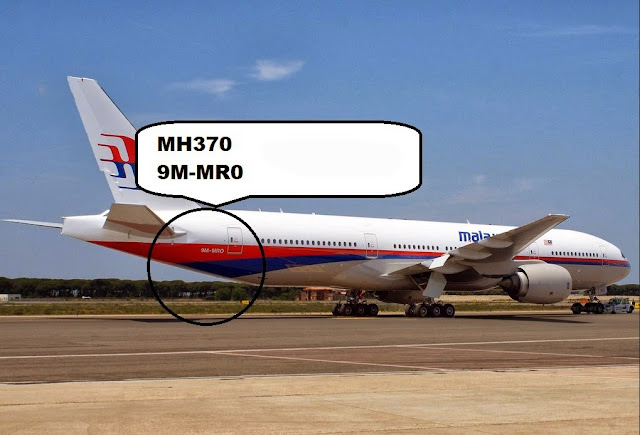 THE TWIN PLANE IN TEL AVIV, ISRAEL, DECEMBER 2013 - What are the Israelis doing with this retired Malaysia Airlines plane in a hanger in Tel Aviv? Could it be part of a false-flag terror plot in the making? Where is this plane today?


IS THIS A SECRETLY TAKEN PHOTO OF THE PLANE STORED IN TEL AVIV?

Taking off to its new home, picture (taken from several others) and text taken from link.
Note: The date in relation to above info.

The following I found at :http://www.tapuz.co.il/forums2008/viewmsg.aspx?forumid=1151&messageid=172742624 and the relevant parts are translated from Hebrew usingGoogle Translate

The picture shown is linked to this page, but wouldn't show.It can be found at-  link

Is this picture near its hangar? Note the identical blank tail scheme as pictured in the above photo.

Excellent discovery! Can you disclose how you were able to find the current locations of 9M-MRI (aka N105GT) and 9M-MRK. 9M-MRI is the one that GA Telesis registered as N105GT. See image below.

"What happened to this aircraft, nobody knows. My guess is based upon the stolen passports, and I believe Iran was involved. They hijacked the aircraft and they landed it in a place that nobody can see or find it.”
- Issac Yeffet, former El Al security expert to Times of Israel, March 17, 2014

Israel did not steal the replica. 9M-MRI was sold to GA Telesis for scrapping, and it was ferried to Tel Aviv for its dismantling.