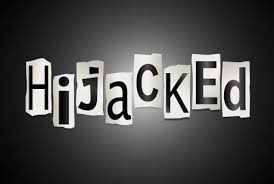 To all Malaysians I wish to draw your attention that what happened today is the result of Najis, Rosmah, Zahid, Hishamoo, Perkasa and UMNO elite members greed, arrogance and crude dealing with foreigners and us.

Najis had used the Nation machinery to attack us at every opportunity, lied and even bribed us to get what he wants.  He and his cronies did nothing for us except to bankrupt and divide the people.

I like so many others believe that MH370 has been hijacked by people offended by Najis administration and the plane could have been hidden in one of the many islands in Philippines or Indonesia. If this is not true why are police going around searching the homes of MAS personnel and its passengers. The people who hijacked MH370 must have knowledge on the mechanism of the plane.

US investigators are examining whether missing Flight MH370 was “intentionally diverted” from its planned route after new data revealed the plane may have flown for a further four hours from the point of its last confirmed location.

A report in the Wall Street Journal said US counter-terrorism officials are examining the possibility the plane’s course was changed “with the intention of using it later for another purpose” and that its transponders were intentionally turned off to avoid radar detection.
The report said data downloaded automatically from the plane’s engines, suggests the plane flew for a total of five hours. Its final confirmed location was at 1.31am last Saturday, about 40 minutes after it took off from Kuala Lumpur International Airport. At that point it was heading north-east across the mouth of the Gulf of Thailand on what should have been a six-hour flight to Beijing.

If true, the information downloaded from the plane’s Rolls Royce engines as part of a routine maintenance and monitoring programme, suggests the plane could have flown on for hundreds of miles and reached as far as India or even the north-west coast of Australia. It would expand the possible search area almost limitlessly.

Yet the report says the data has led investigators in the US to pursue the prospect that the plane may have been diverted by a pilot or someone else. It is unclear whether the plane reached an alternate destination or if it crashed, potentially hundreds of miles from where an international search effort involving 12 countries and more than 80 boats and planes has been focused.
at March 13, 2014