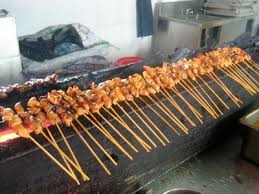 Ok. I have looked into my crystal ball and I know the future.

Here's what gonna happen in the Kajang by-election.

i) Soon, black and white videos of Anwar Ibrahim, or somebody who appears to look like him, screwing a donkey's ass in a dark hotel room would appear on the internet.

ii)Then, when PAS starts going to the ground to campaign, videos and pictures of Mat Sabu wearing a black t-shirt with a caption "I am Syiite" will also appear on the internet.

iii) The Prime Minister would then declare a holiday for all Kajang-ites for two days ie a day before voting; the day of voting and a promise for another day holiday a day after voting if BN wins.

iv) Schools, especially Chinese vernacular schools in Kajang will get 30 million dollars for renovation and air-conditioners in every class as well as school buses.

v) Two churches will be adopted by UMNO.

vi) The Indians in Kajang will be feted with satay kambing for 14 successive nights.

viii) Zul Nordin will hug two Indians this time, instead of one.

ix) Bung Mokhtar will suddenly explain what he meant by "all women bocor satu kali sebulan" remark which he made in parliament previously. He will then apologise by saying "if you think I was wrong, well, I am a man, and so I apologise and will only say it again to the men next time."

xi) Khalid Ibrahim will be holding hands with Anwar and Azmin and kiss each other's cheek to the tune of "Bad Romance" by Lady GaGa.

xii)Anwar Ibrahim will say that it has come to his knowledge that 88000 Bangladeshis and 123000 Nepalese voters have been detected by PKR election watchdog.

xiii) TNB issues a statement denying that they had planned a black-out on vote-counting night.

xiv) SPR says they will use indelibe ink which is truly indelible this time. A provision of 88 million dollars have been made to buy the ink.

xv) On the eve of voting, the SPR says the indelible ink will not be used because the Muslims may have problem in taking ablution.

xvi) PERKASA says it will ensure a fair election and call all Malays who vote for Anwar Ibrahim as a traitor to all Melayus.
at February 03, 2014

...and you need a crystal ball for this?