Who is the donkey that trained this policeman?

I have withnessed something very shocking today. While I was walking to Pavilion KL for dinner just now, when I reached the fountain area at the main entrance (around 6.50pm), I heard a very loud glass breaking sound. Everyone, including foreign tourists were shocked to see a man trying to break the windscreen of a bus. 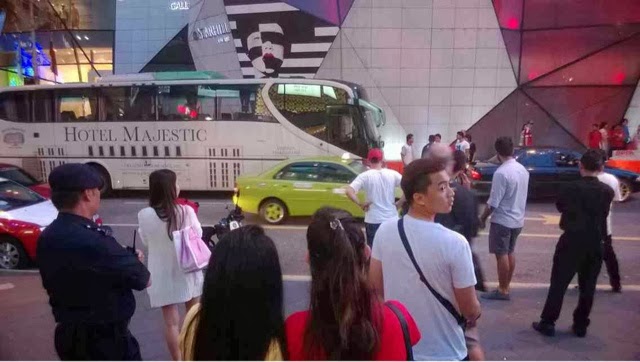 Looking at the incident, I belief it must be a minor accident where the bus have knocked a Proton Wira from the back. The man were shouting to the driver while keep hitting the bus windscreen with the stick for at least 5 times. Very obvious, this guy is very emotional, equipped with a long stick in his car and it was an unlucky day for the bus driver. 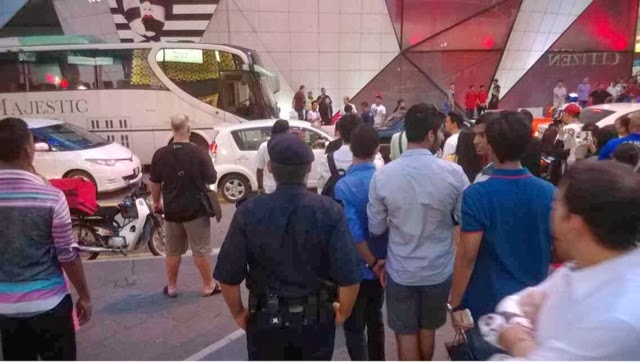 Anyway, this is not the main point. Everyone was so shocked (can see from the expression of all the folks around, especially the tourists) because there were policemen standing from far witnessing the incident but did not take any action to stop the man. A tourist asked me is that guy in blue color uniform a policeman. I answered yes to the tourist, and then he went to ask the policeman why he is not stopping that man. The policeman  answered "I am a police hired by Pavilion KL (polis bantuan) and the incident is across the road near Starhill side, can't do anything". The tourist (and people around who heard their conversation) were speechless. 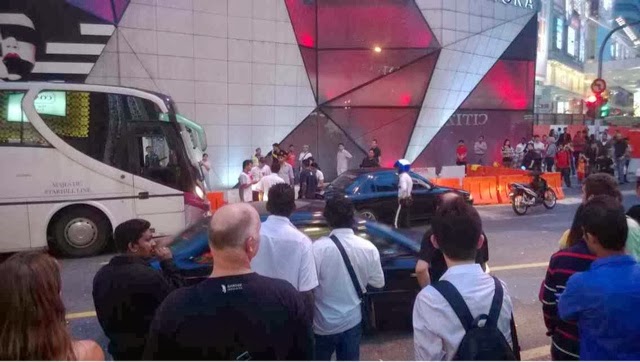 Then, a traffic police officer came, but he was standing at a distance from the angry man. Again, that man hit the bus but the officer did not stop that man. He was trying to do his job by directing the traffic, getting other cars to move. I wonder why policeman didn't stop that angry man hitting the bus. What if that guy hit on people? Only by then the policeman will react? I just don't understand, and I think everyone there has the same question too?! They are trained and equipped to stop the violent but not us. After awhile, the man got into his car and drove off...and guess what, the traffic police officer also drove off on his motorcycle, left only the bus driver (helpless). 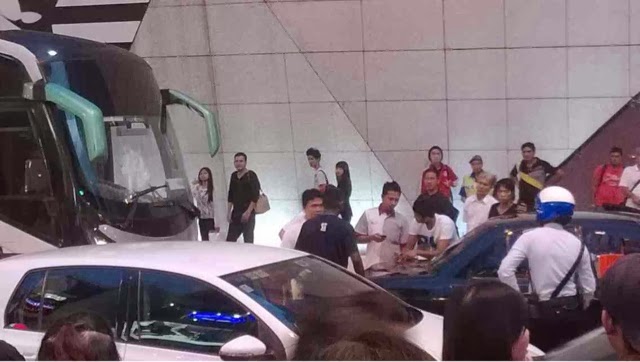 In movie, incident like this, we normally see the policeman will take action on the man, at least ask for his ID or license, check the man background by intercom to HQ, question him on reasons of possessing a long stick in his car, or even charge him for attempting to damage others properties. Somehow, that man have committed an offence...but allowed to drove off. So many tourists saw the incident. If next year is Visit Malaysia year, do you think incident like this encourages inbound tour?!

What is happening to our safety when the policeman didn't attempt do anything to stop such violent incident. If I didn't witness this myself, I won't belief things like this can happen....Seeing is Believing!!!
Simply Say Something
at December 03, 2013