US$1.2 million per bottle Champagne for FLOM's New Year Celebration 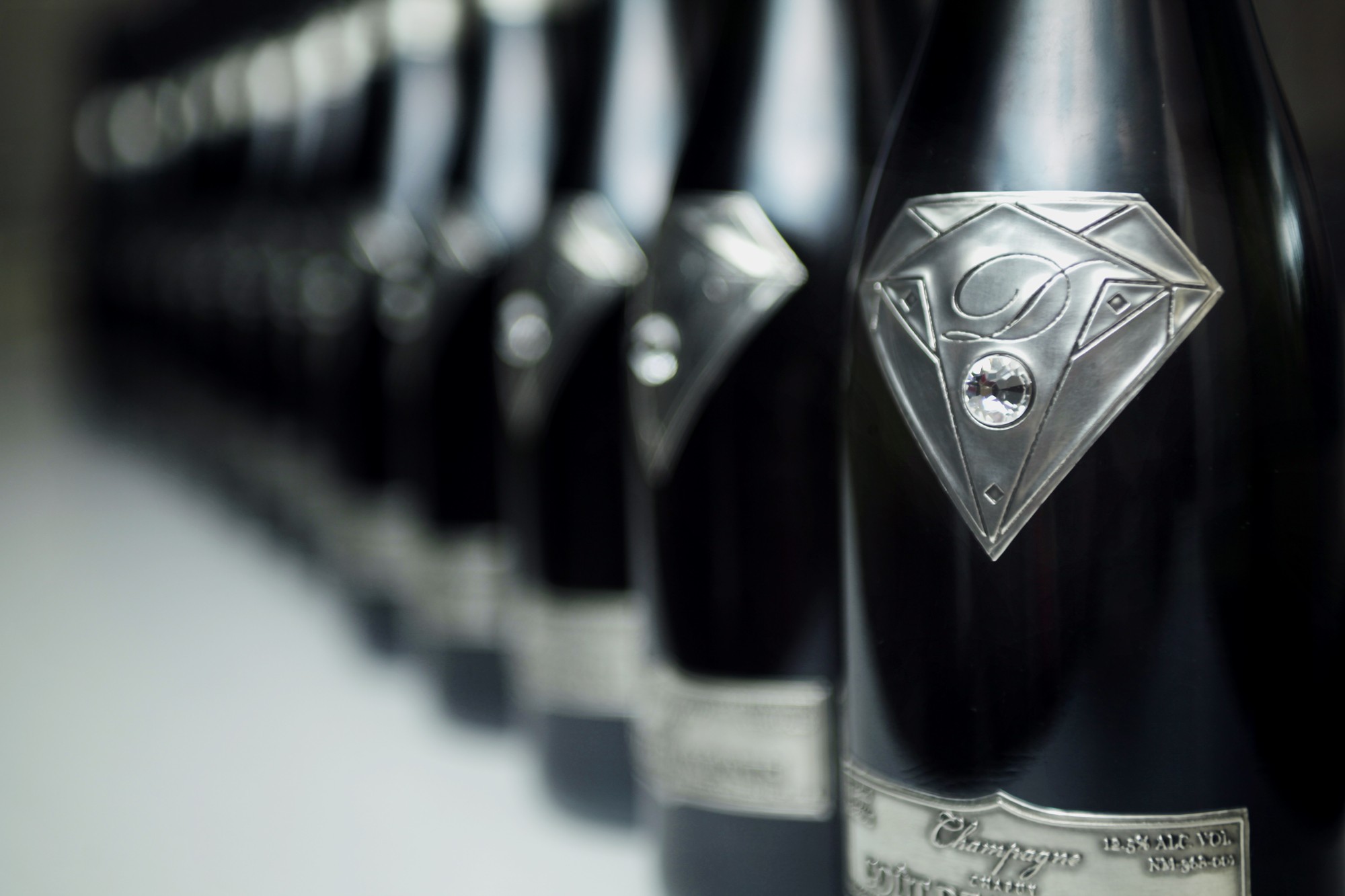 While you folks are told to tighten your belts, FLOM will celebrate New Year in Las Vegas in the most expensive way possible for any human being on earth.   220 bottles of Champagne with her name engraved on the label will be given to all her guests at the celebration.
In other countries FLOM would have been executed, flogged or put behind bars.
But in Malaysia, THE MALAYS SIMPLY LOVE HER.
at December 31, 2013 No comments: 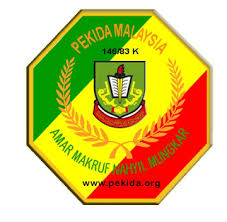 THE ONES WHO INSTIGATE CHAOS AND BOMB PLANTING ARE SEEN AROUND TOWN DOING WHAT THEY DO BEST.
THESE PEOPLE ARE INSTRUCTED TO DO HARM WHILE THE PRIME MINISTER AND HIS FAMILY ARE HAVING FUN IN LAS VEGAS SPENDING THE PEOPLE'S MONEY.
THIS ARE THE KIND OF MELAYU THAT UMNO HAS GROOMED.
at December 31, 2013 No comments:

July/August 2005, Vol 36, No. 7
Print version: page 102
Howard Hughes--the billionaire aviator, motion-picture producer and business tycoon--spent most of his life trying to avoid germs. Toward the end of his life, he lay naked in bed in darkened hotel rooms in what he considered a germ-free zone. He wore tissue boxes on his feet to protect them. And he burned his clothing if someone near him became ill.
The phobia grew so severe that it might have contributed to Hughes's increasing addiction to codeine and his reclusiveness in the two decades before his death from heart failure in 1976. Nearly two years after his death, Hughes's estate attorney called on former APA CEO Raymond D. Fowler, PhD, to conduct a psychological autopsy to determine Hughes's mental and emotional condition in his last years and to help understand the origins of his mental disorder. Fowler's findings were used in civil lawsuits filed by people who made claims to the billionaire's estate. Hughes had died without a will.
Fowler, who at the time was a professor and chair of the University of Alabama's psychology department, was recommended to conduct the psychological autopsy by an attorney he had worked with previously on mental health right-to-treatment cases. Fowler worked full time for one year conducting the autopsy and then on and off for five years following that.
To complete the autopsy, Fowler interviewed Hughes's former staff and evaluated newspaper reports, court depositions, old letters Hughes's mother wrote about him and other documents ranging from transcripts of Hughes's phone calls to his pilot logs.
"A picture gradually emerged of a young child who pretty much was isolated and had no friends, and a man who increasingly became concerned about his own health," Fowler says.
That research led Fowler to believe that Hughes's fear for his health most likely emerged from his childhood. Hughes's mother was constantly worried about her son's exposure to germs, terrified that he would catch polio, a major health threat at the time. His mother checked him every day for diseases and was cautious about what he ate.
In adolescence, Hughes was paralyzed for several months and unable to walk. After a few months, the symptoms disappeared. Fowler believes Hughes's paralysis--for which no physical basis was found--was psychologically based and an early manifestation of his lifelong pattern of withdrawing in times of stress.
Hughes's fear of germs grew throughout his life, and he concurrently developed obsessive-compulsive symptoms around efforts to protect himself from germs, Fowler notes. For example, he wrote a staff manual on how to open a can of peaches--including directions for removing the label, scrubbing the can down until it was bare metal, washing it again and pouring the contents into a bowl without touching the can to the bowl.
Ironically, Hughes ended up neglecting his own hygiene later in his life, rarely bathing or brushing his teeth. He even forced his compulsions on those around him, ordering staff to wash their hands multiple times and layer their hands with paper towels when serving his food.
"He didn't believe germs could come from him, just from the outside," Fowler explains. "He was convinced that he was going to be contaminated from the outside."
--M. DITTMANN
at December 31, 2013 No comments:

PETALING JAYA: In a move to walk the talk about prudent spending, the Government will enforce 11 cost-cutting measures for the public sector starting tomorrow.

The measures range from cutting entertainment and toll allowances of ministers and deputy ministers to reducing the supply of food and drinks at official functions.
Prime Minister Datuk Seri Najib Tun Razak said in a statement that the decision to introduce the measures followed discussions with his deputy Tan Sri Muhyiddin Yassin and the Chief Secretary to the Government Tan Sri Ali Hamsa.

“Other thrift measures for the public sector will be announced from time to time based on needs and the prevailing situation,” Najib said.
The measures come in the wake of rising public concern over a spate of price increases, including a hike in electricity tariff, effective tomorrow.
Senior government officials will bear the brunt of many of the cuts.
The entertainment allowance of officers on the Public Sector Superscale (Jawatan Utama Sektor Awam or Jusa) in category C and above will be cut by between 5% and 10%. Civil servants on the Superscale are senior government officials such as department heads.
The toll payment facility for civil servants in the Jusa C category and above will also be reduced by between RM50 and RM100.
All government premises need to reduce their electricity bills by 5%. Renovations of such premises are now frozen, while the process of appointing consultants for government projects will be tightened.
There is to be less use of event management companies and door gifts. More senior civil servants will have to use economy class flights.
The last time the Government implemented cost-cutting measures was during the 1997 economic downturn. The measures announced in December that year included a 10% cut in salaries of ministers, an 18% reduction in government spending and the postponement of several public sector investment projects. RUPAK D SHARMA
Million dollar question: Why the firm wants to send up to Rs 70 millions raised from Malaysian visa-processing fee per month to Hong Kong
KATHMANDU: Why is a company appointed by the Malaysian Embassy in Kathmandu seeking to transfer millions of rupees to Hong Kong instead of Malaysia? That’s the question being asked by senior officials of Nepal Rastra Bank’s foreign exchange department.

Malaysia VLN Nepal, a company appointed by the Malaysian Embassy to conduct visa processing works, has

filed a request at the central bank seeking transfer of around Rs 30 million raised from visa-processing fee here to Hong Kong.

The request, according to senior NRB officials, was filed around a month ago. However, officials at NRB’s foreign exchange department have not been able to act on it so far, as the money is not being remitted to Malaysia. “If the company had wanted to send the money to Malaysia there wouldn’t have been a problem. But since the fund is being transferred to a company in Hong Kong, we couldn’t take a decision on our own,” a high-ranking NRB official told The Himalayan Times on condition of anonymity. “We have, thus, forwarded all the documents to the governor’s office.”

The Lalitpur-based private firm, solely owned by one Din Prasad Shrestha, was appointed by the Malaysian Embassy in Kathmandu to process documents filed by Nepalis seeking Malaysian visas. The company officially started working for the embassy from November 1.

Since the company started handling visa documents, Malaysian visa fee has jumped from Rs 700 to Rs 3,900 per person. Of the Rs 3,900 raised from each person, Rs 700 goes to the embassy as visa fee, while only Rs 150 is kept by the company as service charge. The rest of Rs 3,050 is held by the company apparently in the name of the Malaysian Embassy.

Considering around 800 Nepalis leave for Malaysia for employment purpose every day, the visa processing company generates additional Rs 2.44 million for the embassy per day, or over Rs 70 million per month.

“This money is Malaysian government’s money and we have no problem in availing foreign exchange facility for transfer of this fund to Malaysia,” the NRB official said. “But why is it being transferred to a company in Hong Kong? We really do not have any answer to this question. But if the government asks us to do so we will do it without asking any questions.”

NRB readily converts Nepali rupees into US dollars for fund transfer purpose for companies engaged in exports and imports of goods and services.

Charge d’affaires at the Malaysian Embassy in Kathmandu Fadli Adilah said he was unaware of the issue and asked The Himalayan Times to contact Second Secretary, Consular and Immigration Section, Shela Vengirasamy. Vengirasamy did not want to comment on the issue.

KUALA LUMPUR – The Federation of Stationers and Booksellers Association of Malaysia faces action under the Competition Act 2010 should they increase prices as they like.
Domestic Trade, Cooperatives and Consumerism Minister Datuk Seri Hasan Malek stressed that among the actions which could be taken were a fine, closure of the business premises or confiscation of goods.
He said it could be done because the federation’s plans to increase the price of goods was a cartel activity to reap extra profit due to market monopoly.
“Cartel activities are an offence because operators under the federation are planning to increase prices,” he told reporters after launching the Back to School sale campaign at a supermarket.
The Star reported that the federation planned to increase the price of stationery and books by 20 to 30 per cent in the first quarter of next year. – Bernama 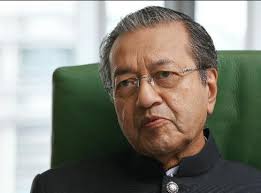