This photo leaves me speechless and stunned! Police arresting a doctor in Istanbul, Turkey for helping protestors injured by the police violence ... medical doctors are under the Hippocratic Oath to help anyone in need for their health, which is protected by the Declaration of Geneva ... I am deeply affected and proud of the courage of the Turkish doctors and truly ashamed by the egregious human rights violations by prime minister Erdogan's government. 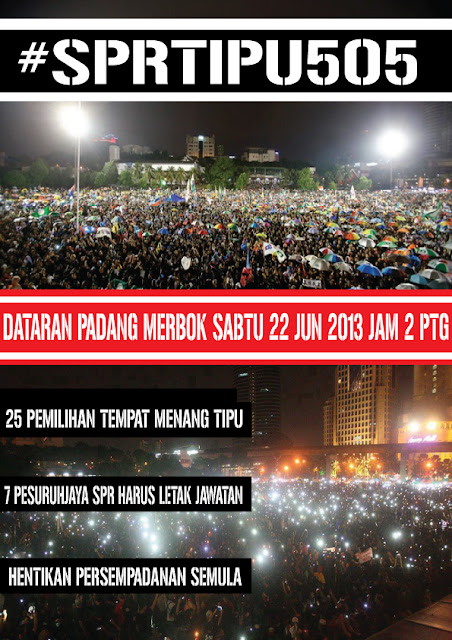 The Government is up in arms and had put a ban on St John Ambulance and MediCare to be presence on 22nd June 2013.
This is not the first time the Government had done so.
At Bersih 2.0 volunteers with St John Ambulance were given strict orders only to help BN and Perkasa supporters, PDRM and FRU.
At Bersih 3 and others like 505 at Amcorp, MediCare was again warned not to help.
This time round the Government had succeeded in STOPPING MEDICARE presence in Dataran Padang Merbok.